In Amazon’s annual shareholders meeting, CEO Jeff Bezos said its Prime service has 200 million subscribers. That is an increase of 50 million new subscribers in roughly a year, less than half the time it took for the Company to hit the same milestone in 2019.

A labor group called Retail, Wholesale and Department Store Union (RWDSU), which did not secure enough votes from Amazon warehouse workers in Alabama to form a union, has formally objected to the election results. In the filing to the U.S. National Labor Relations Board, the RWDSU requested the election results be set aside. It alleged that Amazon’s agents unlawfully threatened employees with closure of the warehouse if they joined the RWDSU, and that the Company e-mailed a warning it would lay off 75% of the proposed bargaining unit because of the union. Amazon has denied the outcome resulted from intimidation of its employees and said it did not threaten layoffs or a facility closure.

Amazon is reportedly experimenting with a premium service that lets customers opt to have furniture or appliances assembled as soon they arrive at their homes. The new service would require drivers to unpack and assemble the items, remove the packaging, and take the item back on the spot if the customer is not satisfied.

In other news, Amazon announced a $250 million venture fund for India, focused on bringing the country’s small businesses online. The fund will be used for the digitization of small and medium businesses, for innovation in agri-tech, and for investment in health tech. Amazon announced plans to bring one million shops onto its platform by 2025 under a “local shops” initiative, competing with the likes of India’s Reliance Industries, which also plans to use such retailers for online deliveries. Click here for a list of Amazon future store openings.

Macy’s is expanding its off-price Backstage concept, with plans to open 45 in-store Backstage departments this year. The Company also plans to resume opening freestanding Backstage locations, with the number of stores to be determined. Meanwhile, Macy’s is proceeding with previously announced plans to close about 120 “neighborhood” stores, primarily located in underperforming malls where Macy’s has other stores in close proximity. There are about 60 remaining stores slated for closure. Click here to request a list of store closures. 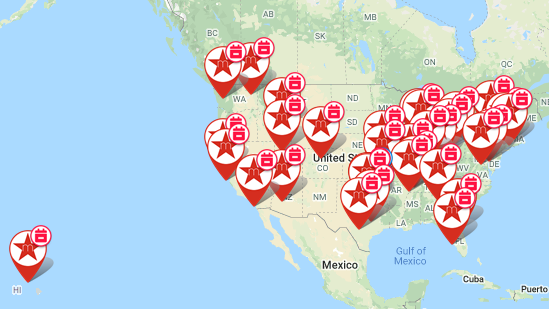 QuikTrip marked its entrance into Louisiana with the opening of its first travel center in Shreveport on April 15. The Company is making plans for additional stores in the state, with several sites already under construction, including one in Bossier City slated to open this fall. Click here to request a list of future store openings. 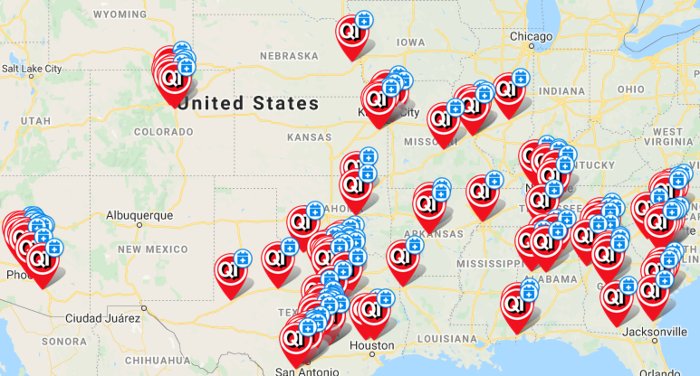 A ShopRite store in Brookdale, NJ recently debuted the banner’s Fresh to Table store-within-a-store concept, where shoppers can find fresh, on-trend foods, easy-to-prepare recipes and ingredients, and meal solutions in a variety of grab-and-go formats. The Company also operates the Fresh to Table concept at stores in Greenwich and Burlington, NJ, and Monroe, NY. Click here to request a list of future store openings.

Kroger launched its newest hi-tech customer fulfillment center (CFC) last Tuesday, the first facility in the U.S., powered by U.K.-based robotics and software company Ocado Group. Located in Monroe, OH and covering 375,000 square feet, the facility has more than 1,000 bots that organize customer orders. The facility will have seven modules, each with the ability to handle between $80 million – $100 million in sales annually, according to Kroger.

Kroger and Ocado established a partnership in 2018 to bring Ocado’s online order fulfillment technology to the U.S., allowing Kroger to provide customers “anything, anytime, anywhere” and expanding its reach and products to new geographies. Hub CFCs like the Monroe location cover up to 90 miles, and more territory may be captured when spoke locations are integrated. The Company has plans for 20 CFCs across the nation, which will include smaller facilities and other models, integrating Ocado software. A facility in Groveland, FL, a city west of Orlando and a new geography for Kroger, is slated to open this spring. Kroger has also announced plans to open CFCs in Dallas, TX; Forest Park, GA (Atlanta); Frederick, MD; Phoenix, AZ; Pleasant Prairie, WI; Romulus, MI (Detroit); and the Pacific Northwest and West regions. As the network expands, Kroger will announce additional locations.Click here to request a list of future store openings and closings.

Bed Bath & Beyond had another solid quarter in 4Q20, with Enterprise comps up 4%, and core banner comps growing 6%. Total sales fell 15.7% due to store closures and asset divestitures during the year, including the sale of Cost Plus World Market during the quarter. Overall digital sales were up 86% (99% at the BBB banner) and made up 40% of sales for both the quarter and full year. Physical store sales fell 20%, though 37% of the $3.00 billion in digital sales were fulfilled by stores. buybuy Baby returned to positive comps led by 50% digital growth, which represented almost two-thirds of Baby sales. Baby sales exceeded $1.00 billion on a full-year basis, and the Company plans to open seven new Baby stores in FY21, bringing the store count to 139. The Company is introducing eight new “owned brands” this year, consisting of six in the first half, and three in the first quarter, which will encompass thousands of new products across bed, bath, kitchen and dining, storage and organization, and home décor. Private-label sales are anticipated to jump from 10% to 30% within the first three years. The Company closed 118 BBB stores during 4Q20 and a total of 144 under its store optimization program targeting 200 closures by the end of FY21. The Company is also spending $250.0 million to remodel 450 stores over the next three years; this includes 130 – 150 this year and 26 in 1Q21. 1Q21 net sales are expected to jump 40%, with core banner sales up 65% – 70% due to significant COVID-related store closures during 1Q20 as well as the sale of non-core banners. The full year FY21 outlook is for sales of $8.00 billion – $8.20 billion and adjusted EBITDA of $500.0 million – $525.0 million, which equates to an EBITDA margin of 6.3% – 6.4%. At year-end, total debt was down 20% to $1.19 billion, and net debt improved to a cash position of $163.0 million and total liquidity of $2.10 billion. Click here to request a list of future store openings and closings.

Schnuck Markets plans to include a food hall with branches of three local restaurants inside a supermarket it is renovating in Kirkwood, MO. The store will also include a new produce section, and a store-within-a-store operated by Arch Apparel, a clothing and footwear company based in St. Louis. Click here to request a list of future store openings. 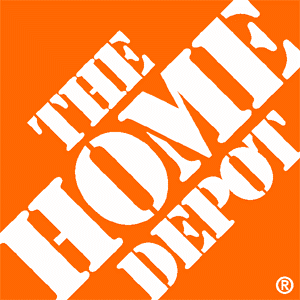 The Home Depot opened three new supply chain facilities in West Palm Beach, Miami, and Fort Myers, FL. The Miami facility is 332,000 square feet and delivers big and bulky construction materials and other oversized products directly to Pro and DIY customers. The West Palm Beach and Fort Myers locations expand the Company’s appliance delivery to customers in those markets. The Company expects the facilities to provide faster delivery options to customers in the South Florida region, and it plans to open two additional Miami distribution centers in 2022. Together, these five facilities will add 150 new full and part time jobs across South Florida. The two future Miami facilities will expand delivery of appliances and same-day and next-day parcel delivery across South Florida. Home Depot continues to build out its supply chain network as part of its $1.20 billion investment announced in 2017. Click here to request a list of future store openings and closings. 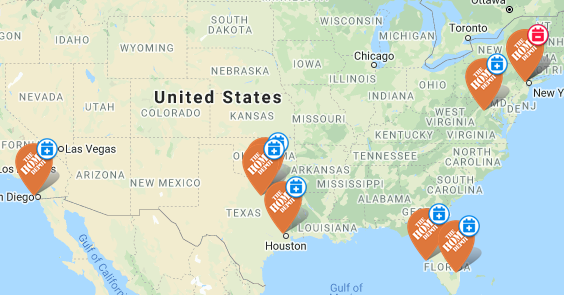 On Saturday, Raley’s opened its first store converted to its O-N-E Market format in El Dorado Hills, CA. The 39,000 square-foot unit closed from April 12 - 16 for the conversion. The “O-N-E” banner reflects Raley’s better-for-you brand positioning of “Organics, Nutrition and Education.” It marks Raley’s second O-N-E Market location, following an opening last June in Truckee, CA. The Company has other conversions in the works, including a store in Reno, NV, which will reopen under the O-N-E format on May 1, and a new store under construction in Roseville, CA with a planned opening in spring 2022. Click here to request a list of future store openings.

Walmart is partnering with casual restaurant brand La Madeleine French Bakery & Café and will open in-store shops in 10 Walmart stores throughout Dallas-Fort Worth, TX. The shops will range from 980 square feet - 2,209 square feet, and the menu will offer grab-and-go as well as dine-in options. The first shop is expected to open in July, in a Walmart in Garland, with the remaining nine to open shortly after. The news comes as McDonald’s is closing hundreds of restaurants that are located inside Walmart stores throughout the country. Walmart has said it plans to convert the former McDonald’s into other types of restaurants and services.

Separately, Nathan’s Famous announced it has entered a partnership with Ghost Kitchen Brands that will bring it to a number of Walmart stores.

Walmart has also invested in San Francisco-based Cruise, a self-driving car company with a fleet of all-electric vehicles powered by 100% renewable energy. Walmart U.S. CEO John Furner said that the investment will help the Company work towards “developing a last mile delivery ecosystem that’s fast, low-cost and scalable.” In November, Walmart began a delivery pilot with Cruise in Scottsdale, AZ. Cruise, backed by General Motors Co., recently said it raised $2.75 billion in its latest round of funding, which included the additional investment from Walmart and others, taking the startup’s valuation over $30 billion.

Walmart is working to shift more of its hourly store associates to full-time status. Plans call for two-thirds of Walmart U.S.’ hourly workers to be full-time by the close of its 2022 fiscal year at the end of January 2022. Click here to request a list of future store openings and closings.

Casey’s General Stores opened a new $62 million distribution center in Joplin, MO. The facility is the Company’s third DC and will serve 400 to 600 of its stores. Its other two DCs are located in Ankeny, IA, and Terre Haute, IN.