Dollar Tree’s President and CEO Michael Witynski commented in a call with analysts that, so far, the Company’s plan to raise its price point from $1.00 to $1.25 across its store base hasn’t appeared to discourage customers. In reporting 3Q results last week, Dollar Tree said that after more than three decades the Company will “shift away from the constraints of the $1.00 price point” and move most of its chain-wide assortment to a $1.25 pricing level. The transition is slated to start with more than 2,000 Dollar Tree stores in December and reach all of the nearly 8,000 locations by end of 1Q22 next spring. According to Mr. Witynski, “The $1.25 price point enhances our ability to materially expand assortments, introduce new products and sizes, and provide families with more of their daily essentials. Additionally, we are now reintroducing many customer favorites and key traffic-driving domestic and consumer products that Dollar Tree had previously discontinued due to the constraints of the $1.00 price point. The new price point will also enable us to mitigate historically high merchandising costs increases, including freight and distribution costs, as well as higher operating costs such as wage increases.” Click here to request a sample list of future openings. 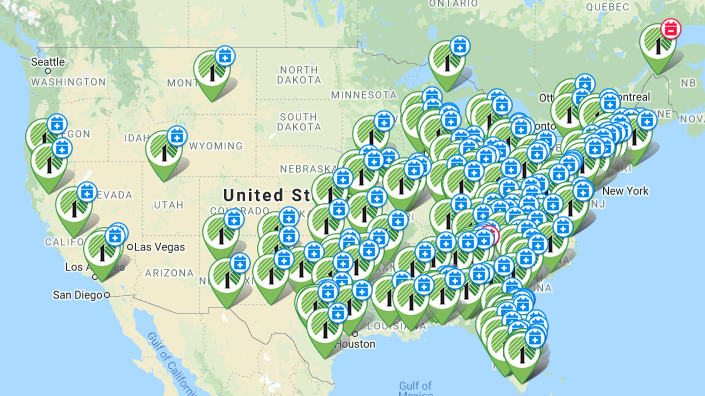 Primark plans to invest €250 million to increase its total retail space in Ireland by 20% over the next 10 years. The investment includes €60 million for the redevelopment and extension of its store in Cork and €20 million for an extension of its store in Galway. Another €75 million will be spent on a new 555,000 square-foot distribution center in County Kildare, which is due to open in early 2024. The Company will add 600 new positions, full and part-time, at Penneys stores, and 100 new positions at its headquarters in Dublin. A 43,000 square-foot store is due to open in Tallagh in fall 2022. Click here for a sample list of future openings.

On December 2, Trader Joe’s will open a new store on the Upper East Side of Manhattan. The 20,000 square-foot unit is the Company’s ninth in NYC. Earlier this year, Trader Joe’s announced plans for another new location in the New York City area in Brooklyn. An opening date for that store is yet to be determined. Click here for a list of future openings. 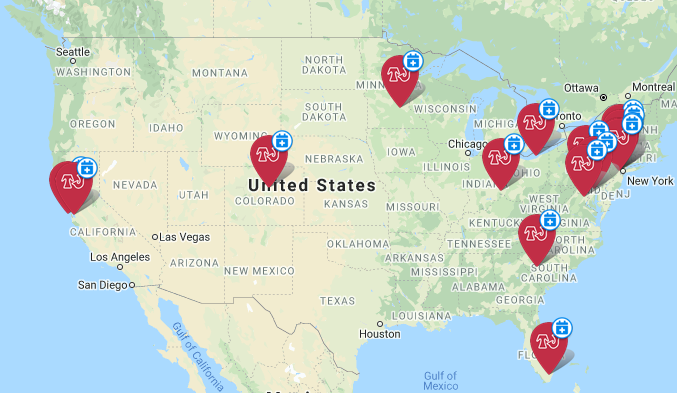 According to reports, EG Group is considering a possible merger with British supermarket chain Asda Group Ltd. Such a deal would result in a combined business worth about $35 billion, including debt. We have previously reported that the Company was considering strategic alternatives. Formerly owned by Walmart, Asda is one of the largest food retailers in the U.K., selling a variety of merchandise including food and apparel, housewares, music, videos, and books from about 650 locations. In February 2021, Walmart sold Asda to brothers Mohsin and Zuber Issa for a net consideration of $9.60 billion The Issa brothers, along with investment firm TDR Capital, currently own EG Group. Presently, EG Group and Asda collaborate on several initiatives, including expanded foodservice at Asda locations and the addition of Asda on the Move convenience stores at EG Group fueling sites. In the U.S., EG Group owns and operates more than 1,700 convenience stores across 31 states under the Cumberland Farms, Certified Oil, Fastrac, Kwik Shop, Loaf ‘N Jug, Minit Mart, Quik Stop, Tom Thumb and Turkey Hill banners. Click here for more info.

Amazon is spending about $4 billion on logistical efforts to meet shortage challenges and get packages to customers on time during the holiday season. In addition to chartering ships taking products from factories in Asia, it has Amazon Air cargo jets crisscrossing the U.S., and Amazon-branded vans departing from hundreds of local delivery depots. The Company has also hired 150,000 U.S. seasonal workers, boosting pay and offering signing bonuses of up to $3,000. It’s dispatching half-full trucks to get packages delivered on time.

A U.S. federal labor official has ordered a new union election at an Amazon warehouse in Alabama. After losing the first election in April, the union appealed the outcome to the NLRB, alleging that Amazon had intimidated workers and pressured them to cast votes in a mailbox the Company had installed on its property in view of security cameras. Amazon denied any wrongdoing. The Company is facing unprecedented labor unrest. A union founded by former and current Amazon workers is trying to unionize four facilities in Staten Island. Meanwhile, the Teamsters are looking to organize facilities in Canada. Amazon currently has no unionized workers in North America.

Last week, MOD Pizza announced plans to go public, becoming the eighth restaurant to do so this year. The number of shares to be offered and the price range for the IPO haven’t been determined yet. The chain reported system-wide sales of $461 million in 2020, a 5% decline compared to 2019, and Company net revenue of $388 million, a 1% decrease year-over-year. Click here for a list of future openings. 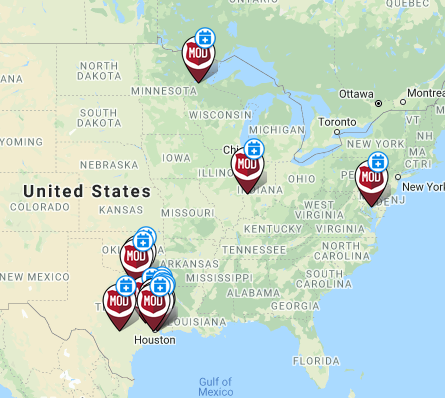 The Gap’s 3Q21 net sales were down 1% to $3.94 billion due to constrained inventory levels related to supply chain disruptions and fewer stores. The Company is increasing air freight and seaport diversification to mitigate ongoing delivery challenges for the holiday season. Store traffic has rebounded, and comparable sales were up 5% over 3Q19, driven by online sales, which were up 48% and represented 38% of the total business. By banner, sales for Old Navy (53% of sales) and Athleta (9% of sales) were up 8% and 48%, respectively, while Gap (26% of sales) and Banana Republic (12% of sales) were down 10% and 18%, respectively, due in part to permanent store closures since 2019.

Dick’s Sporting Goods reported a better-than-expected 12.2% increase in 3Q21 comps, on top of a 23.2% increase in 3Q20, as well as improved gross margin and earnings. The top-line growth was broad-based across each category, particularly in footwear and apparel. Brick and mortar store comps were up 15% and supported 70% of online sales. Online sales growth decelerated to just 1%, after a 95% jump in 3Q20. E-commerce fell to 19% of sales mix, from 21% in 3Q20 but was up from 13% in 3Q19. Management also discussed its store concept strategy, including the launch of the outdoors Public Lands, and experiential House of Sports. Both pilots are reportedly off to a good start, and management has an undisclosed number of new stores planned for next year. The Company also said early results of its first two Golf Galaxy Performance Centers are encouraging. Management raised FY21 guidance for the third time and now expects comps to increase 24% – 25%, although this would imply a deceleration in 4Q sales. Click here for a sample list of openings and closings.

Click here to request a copy of this Special Analysis.

84 Lumber opened a new store in Meridian, ID on November 24. The location, the Company’s first in the state, totals 33,000 square feet, including 8,000 square feet of showroom and office space. Meanwhile, 84 Lumber is looking to fill 15 open positions across six stores in the White Haven, ID region, including manager trainees and warehouse and forklift associates. The Company currently operates 235 stores across the U.S.

On November 25, IKEA opened a 730,000 square-foot facility in Manila, the Philippines, its largest store in the world. The site includes a 270,000 square-foot store, dining area and showroom, warehouses, an e-commerce facility, and a call center. This location was originally planned to open in 2020 but faced COVID-related construction delays. The Company has more than 460 physical stores in about 60 markets, and it plans to add nearly 60 more locations during the current fiscal year. However, it also warned of a more difficult year ahead in 2022 due to logistics logjams and price spikes for raw materials. Meanwhile, the Company is accelerating its multi-year push to expand its e-commerce capabilities. Click here for a sample list of openings.

Walgreens will open a new $30 million high-tech, micro-fulfillment center in the Kansas City region in fall 2022. The 65,000 square-foot facility in Liberty, MO is one of nine new facilities planned across the U.S. by the end of 2022. According to Walgreens, “These fulfillment centers are dedicated to fulfilling retail prescription orders and play an important role in our effort to create the pharmacy of the future, one that further enables our store pharmacy teams to spend more of their time providing front-line patient care.” The new micro-fulfillment facility is expected to increase the delivery times to retail stores, to lockers for pick-up, and to customers’ homes. 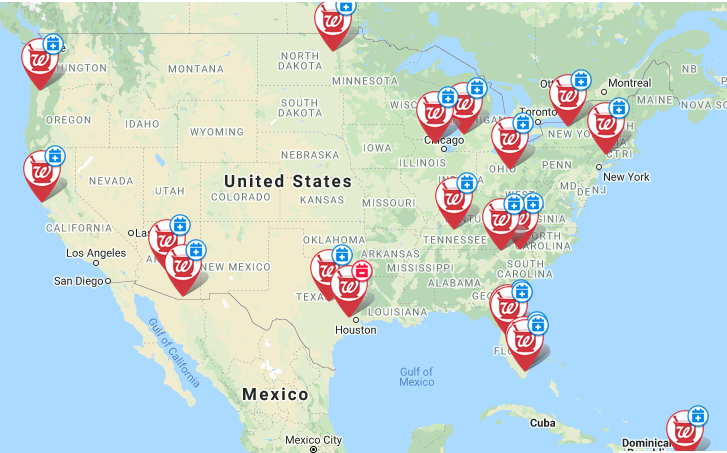 Ingles Markets’ 4Q sales increased 11.6% to $1.34 billion, finishing the year near the $5 billion mark for FY21 and building on last year’s COVID-fueled growth. Ingles did not report comps for the period. Capital expenditures for fiscal 2021 totaled $140.6 million compared to $122.8 million for fiscal 2020. Capital expenditures for fiscal 2021 were focused on stores that opened this fiscal year as well as stores scheduled to open later. The Company has not announced how many stores it opened in fiscal 2020 or how many it plans to open in fiscal 2022, if any. 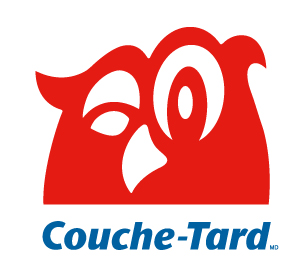 During the quarter it acquired 36 stores, including 35 under the Porter’s brand in the U.S. It also entered into a binding agreement to acquire Cape D’Or Holdings Ltd., Barrington Terminals Ltd., and other related holding entities, which operate as independent convenience store and fuel network in Atlantic Canada under the Esso, Go! Store and Wilsons Gas Stops brands.

The Wilsons network comprises 79 Company-operated convenience retail and fuel locations, 147 dealer locations, and a fuel terminal in Halifax, Canada. The transaction is expected to close in 1H22.

Additionally, the Company entered into a binding agreement to acquire 10 Company-operated stores, operating under the Londis brand, in Ireland. The transaction is expected to close in 3Q22. As of October 10, 2021, 261 sites in the U.S. and 36 sites in Canada were held for sale, including 210 sites already subject to multiple sales agreements with various buyers. During the quarter, Couche-Tard completed the construction of 7 stores and the relocation or reconstruction of 3 stores, reaching a total of 40 since the beginning of FY22. As of October 10, another 77 stores were under construction and are expected to open in the upcoming quarters.

Metro opened a new Food Basics store in Ontario, Canada. Located in the Porcupine Mall, the 18,000 square-foot store is the 142nd Food Basics in Metro’s network.