AggData wishes you a happy holiday season and prosperous New Year. The next edition of this newsletter will be issued on Wednesday, January 8th.

A published report in The New York Times last week discussed “a venture-backed ‘family experience store’” Camp in Downtown Brooklyn; the store blends play and product in hopes of reviving the retail toy scene. The article states that after Toys “R” Us and F.A.O. Schwarz failed under the pressures of high rents, low margins and online competition, toys seems like a risky venture. But Camp is attempting to outfit “their spaces in immersive themes that change every few months.” According to the story, “It’s free to play in Camp’s stores, but the walls, tables, and even the floors are also packed with toys available for purchase. Their stock mixes the usual suspects, like kid-scale play kitchens and L.O.L. Surprise! dolls, with books, balls, figures and craft kits from smaller vendors — a curated variety that helps Camp differentiate from Amazon. There’s also a full schedule of ticketed programs running $20 to $30 each, including crafts (Mason jar snow-globe making, animal masks), physical activities (musical yoga, obstacle courses), and entertainment (children’s comedy, live music). Meanwhile, parents can visit on-site cafes.” Camp currently operates a total of five locations; the others are in New York City (2), Norwalk, CT, and Dallas, TX. Considering how much of each location is non-selling space, it remains to be seen how profitable the concept will be.

An affiliate of private equity firm Darden Triton Pacific completed the acquisition of 117 Pizza Hut restaurants along with select real estate assets for $80.0 million from Yum! Brands. The acquisition includes 114 operating restaurants and three that are currently under development, located throughout Illinois, Kentucky, North Carolina, South Carolina, Tennessee, Virginia, and West Virginia. Click here for a list of the Company’s planned new locations.

Ahold Delhaize’s Stop & Shop division will close an underperforming Bfresh store in Allston, MA by the end of the year. The Company cited that "the store was not meeting financial expectations." The 10,000 square-foot urban concept store opened in 2015, and was designed to focus on fresh foods and take-out meals. Only one Bfresh concept store remains open, in Somerville, MA.

The Phoenix Metro Area is the 11th largest metropolitan area in the U.S., having experienced 15.5% population growth since 2010. The city of Phoenix is the fifth largest city in the U.S. with a population of 1.6 million. After struggling through the 2007 – 2009 recession, Phoenix’s population growth over the last eight years can be attributed to a strong and vibrant economy, job growth, low unemployment, desert weather, and lower income taxes. The Phoenix grocery market is dominated by Kroger, Walmart and Albertsons, all of which are in the process of remodeling their store bases. Alternative formats also have a significant presence, including a few Hispanic banners, and fresh food retailers such as Sprouts and Natural Grocers by Vitamin Cottage. Our report takes a closer look at Phoenix's real estate landscape, and provides visual competitive analyses as well as key real estate metrics such as future openings, store count, market share, and demographics.

Sprouts is set to open a new, 30,000 square-foot store in Wilmington, DE on March 11. Click here to request a list of the Company’s planned new locations.

Organic and natural grocer Earth Fare is closing its Indianapolis-area locations in Carmel, Noblesville, and Greenwood on January 11. No reasons for the closures were given by the Company. Earth Fare has a location in Fort Wayne, which will remain open. Earth Fare currently operates 57 stores across 11 states throughout the Midwest and Southeast. Click here to request a list of future openings and closings.

ABC Supply opened a new greenfield unit in Elmira, NY, its 23rd overall location in the state and 16th greenfield opening in calendar 2019. The other greenfield openings, representing locations built from the ground up, were in Massachusetts, California, Ohio, Idaho, Michigan, Florida, New Jersey, Virginia, Kansas, Texas, and Arizona. The Company currently operates more than 790 locations across the U.S.

Walmart will open a new distribution facility in Topeka, KS. It will be the Company’s largest in the state, with more than 1.8 million square feet. This adds to the Company's more than 1.8 million square feet of existing space spread across its three other distribution centers locations in Kansas. An opening date has not been set. Click here to request a list of future openings.

Stater Bros. will close a store in Moreno Valley, CA on January 12. The lease for the store has expired and the Company elected not to renew it. Stater has three other locations in Moreno Valley.

Amazon announced last Wednesday that it is offering one free return on millions of eligible items, an expansion of the program, which previously only included clothing, shoes, and bedding. Returns can be processed at Amazon stores, at hub locations where Amazon Lockers are available, through UPS, or at Kohl’s stores and Whole Foods Market locations. For the holidays, items shipped and fulfilled by Amazon between November 1, 2019 and December 31, 2019 can be returned until Jan. 31, 2020.

Amazon also said it plans to raise the fees it charges merchants for warehousing and shipping their goods in the U.S. by an average of 3% next year, as it faces higher costs from infrastructure and programs such as one-day delivery. Amazon handles delivery for the majority of U.S. orders through its in-house logistics arm, and is expected to spend nearly $1.50 billion this holiday season alone on fulfillment needs. In an email Friday to merchants who sell on its marketplace, Amazon said it has invested more than $15.00 billion this year in tools, infrastructure and programs to help sellers. Other charges for merchants known as referral fees will go down in some instances; Amazon's changes largely take effect February 18.

Meanwhile, the Company said it was on track to deliver 3.50 billion customer packages globally this year through its in-house delivery network.

In other news, Amazon is reportedly seeking its first warehouse in Ireland to fulfill orders currently shipped from the UK. It is scouting sites with about 100,000 square feet of space and has evaluated options on the outskirts of Dublin.

On December 18, documents filed with the Court indicate that Forever 21, DIP and its DIP lender, JPMorgan Chase Bank, entered into an agreement to amend the budget to avoid a default under the DIP Facility. The initial budget projected the closing of 115 stores, however the Company has only closed 87 units to date. The Debtors stated, “Despite the liquidity shortfall created by fewer store closings than anticipated, keeping open these additional stores and modifying the budget accordingly will provide long-term benefits to the Debtors, their estates, and all parties in interest.” As part of the amendment the Debtors reduced the forecast for sales receipts in November to about $191.0 million, 20% less than the original forecast. The amendment also extended the deadline from December 8, 2019 to December 23, 2019 to provide evidence of at least $75.0 million of annualized rent reductions from landlords.

On Monday, the Debtor filed a Chapter 11 Plan of Reorganization and a Disclosure Statement. The Plan provides few details, but rather states a number of broad goals, central to which is to “emerge with a viable and feasible standalone business” by February 26, 2020. The Debtors state that this will require “a value maximizing transaction” and identification of “an appropriate plan sponsor to provide a term loan facility, and an investment, which may take the form of cash, take-back notes, and new equity.” Holders of allowed general unsecured claims will receive their pro rata share of cash, take-back notes, and new equity. The Disclosure Statement does not provide an estimate of the projected recovery percentage for general unsecured creditors. The Debtors stated that they have entered into more than 100 agreements in principle with landlords regarding lease amendments and rent relief, representing more than $125.0 million in rent relief over the next 12 months. Forever 21 expects to enter definitive documents representing $75.0 million or more in annualized rent relief in the near term. The Debtors have identified 102 stores they plan to close (click here to request a list), 13 of which have already been closed. Additionally, they have filed notices to reject 98 unexpired leases. They estimate that the store-closing process will continue into 2020.

Genesco has entered into a definitive asset purchase agreement to acquire New York-based Togast LLC, which specializes in the design, sourcing and sale of licensed footwear, for $33.7 million in cash at closing, plus up to an additional $34.0 million in cash contingent on the achievement of financial targets over the next four years. Genesco will fund the deal with cash on hand. The transaction, which is subject to customary closing conditions, is slated for completion in January 2020 and is expected to be accretive to next year’s earnings. 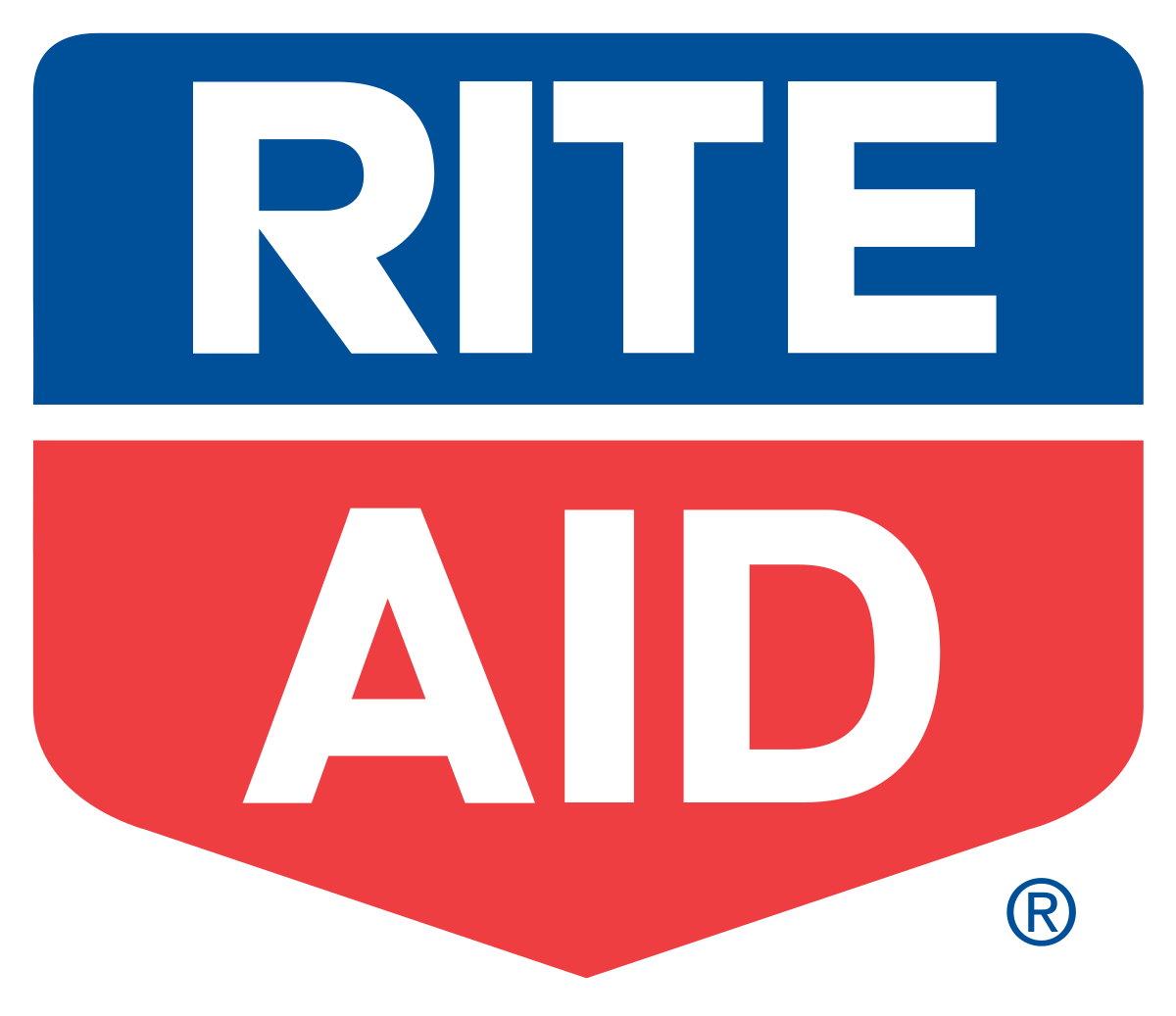 Trans World Entertainment reported its third quarter results last week, and while it disclosed that the results were prepared on a going concern basis, management has raised substantial doubt about its ability to continue as a going concern. Consolidated third quarter sales decreased 24.5% to $69.5 million. Sales were down 14.7% to $40.8 million in the fye segment (58.8% of total sales), and comps dropped 5.2%, as a 6.3% comp increase in the lifestyle category (46.2% of fye segment sales) was offset by declines in the media categories. Sales were down 35.1% to $28.6 million in the etailz segment (41.2% of total sales), due to the vendor rationalization and remediation initiative (which included terminating unprofitable vendors and improving vendor relationships through negotiations focused on improvements to gross margins and supply chain efficiencies). Consolidated EBITDA loss improved 46.3% to $5.7 million. The Company ended the quarter with 206 stores in operation, down 9.3% from 227 operating last year.