Ross Stores opened 22 Ross Dress for Less and eight dd’s Discounts stores across 11 states in June and July. The new locations are part of the Company’s plans to add about 60 new stores, 40 Ross and 20 dd’s, during FY21. New stores were opened in the Company’s largest markets of California, Florida, and Texas, as well as new markets such as Illinois, Ohio, and West Virginia. Ross remains committed to growing to at least 2,400 Ross and 600 dd’s locations over time. There are 1,611 Ross stores and 285 dd’s stores currently in operation. Click here to request a list of future store openings. 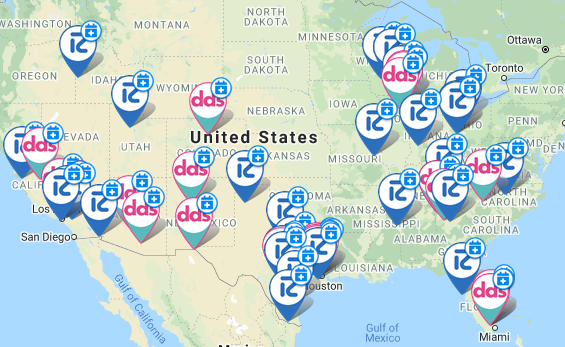 L Brands announced 2Q21 QTD trends (9 weeks ended July 3). Bath & Body Works sales advanced 48% compared to the same period of 2019, and Victoria’s Secret’s comps increased 3% during the same time. On August 2, L Brands will separate into two public standalone companies, and each will receive its own ticker (BBWI and VSCO). It also announced Bath & Body Works’ capital structure subsequent to the spinoff, including a $1.5 billion share repurchase program, an intent to reduce debt by $500 million, an adjusted debt to EBITDAR ratio in the mid-2x range, and $0.60 dividend per share. Victoria’s Secret is expected to have $1 billion of indebtedness and $1 billion in estimated liquidity as of the separation date. Click here to request more information.

Spirit Halloween plans to open its flagship location in Egg Harbor, NJ on July 31. The Company will continue to open stores throughout North America and will have a majority of its 1,425 locations open by Labor Day (September 6). Spirit is currently looking to hire 35,000 seasonal employees.

In other news, Amazon is cancelling Prime Day in Canada due to COVID-19 concerns. Amazon partially closed three Canadian distribution centers in Ontario in May, following positive COVID-19 tests among employees.

On July 16, The Fresh Market filed for its proposed IPO. As previously indicated, we suspect private equity owner Apollo Global Management is eager to take advantage of the recent uptick in performance related to COVID-19, especially after a long string of weak performance during the pre-pandemic period following its 2016 LBO. Thanks to the pandemic windfall, FY20 operations were very strong. Sales were up 24% to $1.89 billion, primarily due to comp store sales gains of 22.3%, and Company-provided adjusted EBITDA was up 86% to $219.4 million (12% margin). As of May 2, the Company had cash of $189.9 million and $933.7 million of debt, resulting in debt to EBITDA of 4.3x; however, the Company intends to use the IPO proceeds, assuming it occurs, to refinance a significant portion of its debt. Click here to request more information.

Scheels All Sports plans to open a 220,000 square-foot All Sports store in Wichita, KS in spring 2023, joining an existing Scheels that opened in Overland Park, KS in 2015. This will be Scheels’ 31st store. Currently, the Company operates 29 stores in 13 states; its 30th store is scheduled to open this fall in Missoula, MT. The Company has also announced its 32nd location, opening in Chandler, AZ in fall 2023. Scheels’ stores are highly experiential and often over 100,000 square feet. The Wichita store will have 85 specialty shops, a wildlife mountain, rollerball, and Fuzzwig’s Candy Shop, in addition to interactive arcade games and sports simulators, specialty treats at Ginna’s Café, a restaurant serving soups and sandwiches, home fudge, and specialty coffee. Newer locations are estimated to generate annual sales of about $60 million. Click here to request a list of future store openings.

Abercrombie & Fitch unveiled a new standalone store in Columbus, OH for its intimates and activewear brand Gilly Hicks. The store is the brand’s only standalone location. Abercrombie is currently evaluating opportunities for future freestanding stores for the brand. Gilly Hicks is also expanding its assortment with underwear, loungewear, and activewear in patterns and colors, and introducing “future stretch” fabric designed to accommodate a variety of body types. Abercrombie launched Gilly Hicks in 2008, but the brand’s 28 stores were closed in 2013 amid disappointing sales (online operations remained active). The brand was relaunched in Hollister stores and two standalone stores in 2017, though the two stores subsequently closed. Currently, there are 25 side-by-side locations next to Hollister stores and 60 in-store shops.

In other news, Abercrombie appointed Samir Desai as chief digital and technology officer, a newly created role. Mr. Desai joins the Company from Equinox, where he most recently served as chief technology officer. Click here for a compliment list of openings and closings.

With the May acquisition of about 3,800 Speedway stores from Marathon Petroleum Corp. for about $21 billion, 7-Eleven’s total North American portfolio swelled by nearly 40% to approximately 14,000 stores. With little geographic overlap, the deal also diversified the Company’s presence to 47 of the 50 most populated metro areas in the U.S. Including the acquisition, which will significantly boost 7-Eleven’s fuel sales, the Company expects operating revenue to double in calendar 2021 to more than $40 billion, with operating income rising 60% to $1.68 billion.

Meanwhile, 7-Eleven has rolled out its Mobile Checkout contactless shopping service to another 2,500+ U.S. stores. With the expansion, Mobile Checkout is offered in more than 3,000 7-Eleven stores in 32 states and D.C. The feature enables 7-Eleven mobile app users to scan products and pay for their purchases via their smartphones, skipping the checkout line. Click here to request a list of future store openings. 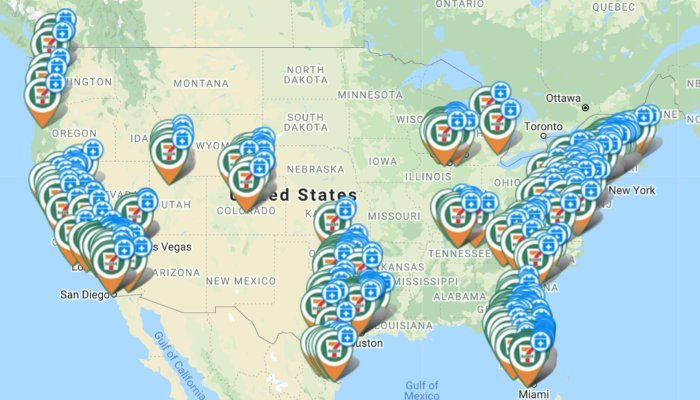 Lack of demand for office supplies, increasing competition, and closures of small and medium-sized businesses during the pandemic have aggravated longstanding operational problems at The ODP Corporation. The root of the problem is a reluctance to close stores fast enough, as decade-long revenue declines continue. Despite operational reversals, cash flow and liquidity have remained adequate due to lower inventory associated with ongoing store closings. The Company has been effective in cutting overhead, but this is not a long-term growth strategy.

C&S Wholesale Grocers has agreed to acquire Sheboygan, WI-based wholesaler Piggly Wiggly Midwest; financial terms were not disclosed. As part of the deal, C&S will operate 11 Piggly Wiggly Midwest corporate stores and service 14 Butera Market stores in the Chicago region, as well as 84 Wisconsin franchisees under the Piggly Wiggly banner. In addition, Piggly Wiggly’s distribution centers (two in Sheboygan and one in Milwaukee) and offices will continue to operate. The transaction is expected to close by the end of the month. The deal to acquire Piggly Wiggly Midwest (roughly $800 million in annual sales) is C&S’ first step in recovering from pending losses of supply contracts with Key Food and its largest customer, Ahold.

Last week, BP announced it is taking full ownership of Thorntons convenience store chain. BP said it would buy the majority share it does not already own in its joint venture from ArcLight Capital Partners LLC. The acquisition will bring BP more than 200 retail stores in Kentucky, Illinois, Indiana, Ohio, Tennessee, and Florida and will mark the Company’s reentry into fully owned and operated stores in the U.S. Financial details of the deal, which is expected to close later this year, were not disclosed. Thorntons was acquired by a joint venture of affiliates of ArcLight and BP in 2018. BP has said it aims to nearly double its convenience and mobility business earnings by 2030. It also plans to increase the number of convenience sites in its global network from around 2,000 to more than 3,000 by 2030.

Wilson Sporting Goods, a subsidiary of Amer Sports Corporation (a manufacturer of high-performance sports equipment, apparel, and accessories) opened its first-ever store, a 2,200 square-foot location, in its hometown of Chicago, IL. The merchandise offering includes high-performance sports equipment for tennis, baseball, football, basketball, and golf. The store also features Wilson’s new athletic-lifestyle sportswear collection (launched earlier this summer), as well as limited-edition products specific to Chicago. Additional exclusive merchandise will be released seasonally. While this is the Company’s first permanent store, it previously operated pop-up stores at sporting events like the Super Bowl, College World Series, and the U.S. Open. Future flagship stores are expected to open in New York, Los Angeles, Beijing, and Shanghai in the coming months.

Albertsons has partnered with Uber Technologies Inc. to roll out the Uber Eats on-demand delivery service to 1,200 Albertsons stores this year; some Albertsons retail banners previously offered the service through selected locations. Customers of banners including Albertsons, Safeway, Jewel-Osco, Acme, Tom Thumb and Randalls, among others, can access the online grocery and food delivery service via the Uber and Uber Eats apps. Uber Pass and Eats Pass users get free delivery for grocery orders over $30. Click here to request a list of future store openings.

Foxtrot Market, a Chicago-based chain of convenience stores that blends digital and in-store shopping into one experience, is planning a major expansion. Foxtrot currently has 13 locations in Chicago, Dallas, and Washington D.C, and will be adding 50 units over the next two years in New York City, Austin, Boston, Miami, Los Angeles, and Houston. In addition, the Company will expand private label offerings and launch a new five-minute pickup service. In addition to the store count expansion, the footprint of Foxtrot stores will increase. Stores currently average about 2,400 square feet.

Whataburger plans to open five new locations in the Memphis, TN market over the next two years. The brand is planning to open two restaurants Southaven, MS in early and mid-2022. A Memphis location is set to open midway through 2022, followed by a late 2022 opening in Cordova, TN and an early 2023 opening in Collierville, TN. Click here to request a list of future store openings. 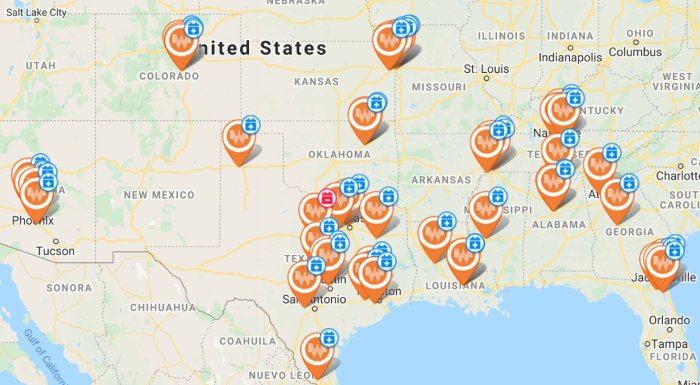 Bed Bath & Beyond has partnered with Casper Sleep to offer Casper products on its website, mobile app, and select stores. As part of the deal, Casper will open its first-ever branded in-store shop at Bed Bath & Beyond’s new flagship location in New York City. That store is set to reopen on July 22 after undergoing a major renovation. Casper products will also be available at the Bed Bath & Beyond store in Manhattan’s Tribeca neighborhood and in its Bridgewater, NJ location. More locations will be added in the coming months.

Sheetz’ FY20 estimated revenue was down about 14% to $6.20 billion, as fuel sales were significantly lower due to the stay-at-home orders of the COVID-19 pandemic. Total fuel revenues were down due to fewer gallons sold and a sharp retail fuel price decline in 2020. The decline in fuel sales was offset to some extent by an increased store count. However, we believe overall profitability was maintained due to the extraordinary profit margins on fuel experienced by retailers in the early months of the pandemic. Network expansion remains Sheetz’ overriding strategy. Sheetz plans to spend about $250 million to build 50 stores in the region by 2025; about 15 central Ohio locations are slated to open by the end of 2021. Overall, Sheetz plans to open about 30 stores in 2021.Click here to request a list of future store openings.