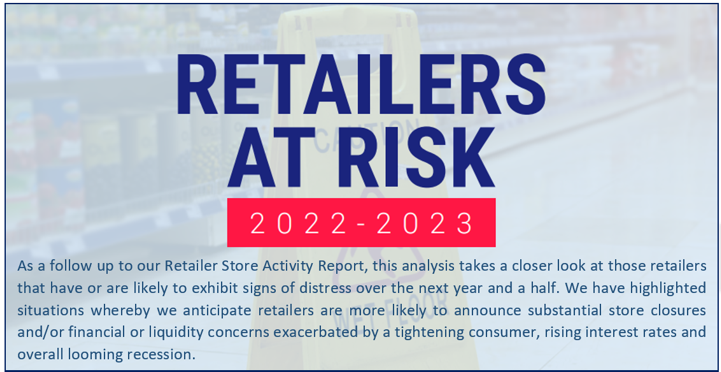 In addition to a forward-looking analysis of specific retailers at risk by our team of industry experts, the report also includes a breakout of high yield retail bonds, upcoming debt maturities and future store closings.Click here to request a copy of this report.

According to published reports, Amazon is accelerating its Fresh store openings and is on track to open more units in 2022 than the 18 it launched last year. It recently opened its first stores in New York and New Jersey. The New Jersey store, in Paramus, previously housed a Fairway Market. The New York store is located in Oceanside (Long Island) in a former Waldbaums. Amazon is reportedly planning to open additional Fresh locations on the New Jersey Shore and on Long Island, as well as on Staten Island. The Company also operates several Amazon Go convenience stores in New York City. Amazon Fresh also recently announced store openings in Norridge, IL and Encino, CA. Amazon currently operates close to 40 Fresh stores across several states. Click here to request a sample list of Amazon Fresh future openings.

Meanwhile, Kroger, Alimentation Couche-Tard, and Restaurant Brands International are among the retailers that took part in a new $100 million in Series C funding round for Kitchen United. On completion of the round, Kitchen United said its total fundraising to date rose to approximately $175 million.

Olympia Stores confirmed that all of its remaining 35 stores will close by the end of September, and that liquidation sales had begun at all locations. Founded in 1975, Olympia operated a high of 226 stores between Maine and Virginia in 2013. Click here for more info. 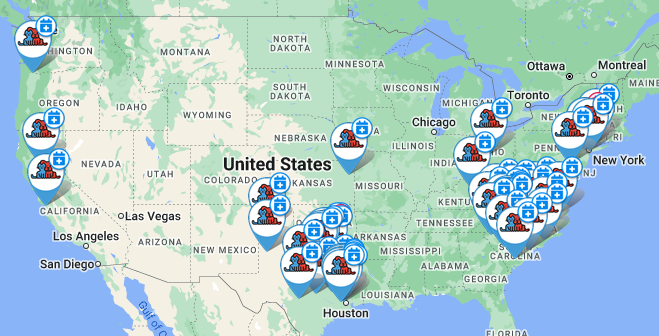 Yellow Banana LLC, owner and operator of several Save A Lot locations in Chicago, has secured a $13.5 million grant to invest in significant upgrades to six stores and the reopening of another store. Remodels are slated begin this fall. Yellow Banana currently has 38 stores under the Save A Lot banner across the Chicago, Cleveland, Milwaukee, Jacksonville and Dallas metro areas. The revitalization project follows the completion in February of Save A Lot’s multi-year effort to transfer control of most of its stores to local ownership groups.

Back in June, Target’s CEO Brian Cornell pledged the Company would take necessary actions to adapt to a post-pandemic landscape and trim a record $15.10 billion in inventory. According to a number of vendors, Target’s actions this summer have included pressuring its vendors, asking them to pick up the tab for transporting goods and requiring some to retain more merchandise at their own warehouses, forwarding the goods to Target only on an as-needed basis. This has driven up vendors’ expenses and squeezed profit margins. Specifically, Target told some vendors it will cease transporting some merchandise they manufacture in China, instead ordering the same goods from their U.S. warehouses, adding to vendors’ costs.

Target is opening three more sortation centers, two in the Greater Chicago, IL, area and one near Denver, CO, to cut delivery costs and get online purchases to customers faster. At the hubs, the Company groups packages heading to similar destinations and uses contractors to deliver them locally. The Company opened the first sortation center in its hometown of Minneapolis in 2020 and with the additional centers will operate a total of nine, with plans for more expansion across the country.

Lids opened a new concept store in Gurnee, IL called Lids U, selling collegiate sports products and apparel. The chain expects to open 11 such stores in select college markets this year, with more to follow in 2023 and beyond. Lids U stores will feature a significant assortment of NCAA products with a selection of headwear, apparel, and accessories from local, regional, and national university and collegiate teams for men, women, and children. See the adjacent chart for future openings.

7-Eleven has laid off about 880 members of its corporate, field and support staff at its operations in Irving, TX and Enon, OH. The Company cited the acquisition and integration of the Speedway chain as the reason for the cuts. 7-Eleven completed the acquisition of Speedway from Marathon Petroleum Corp. in May 2021. The deal included about 3,800 stores in 36 states. 7-Eleven and Marathon agreed to divest 293 convenience stores across 20 states to settle FTC antitrust concerns.

In October 2021, 7-Eleven laid off roughly 35 people (not included in the 880 mentioned above) at Speedway’s headquarters in Enon, OH, as part of the integration process. Click hereto request a sample list of future openings.

Members of Starbucks Workers United launched an indefinite strike at a Boston Starbucks last week, forcing the store to close. The cafe’s employees are demanding that Starbucks remove a store manager and improve staffing across shifts. Click hereto request a sample list of U.S. future store openings and closings. 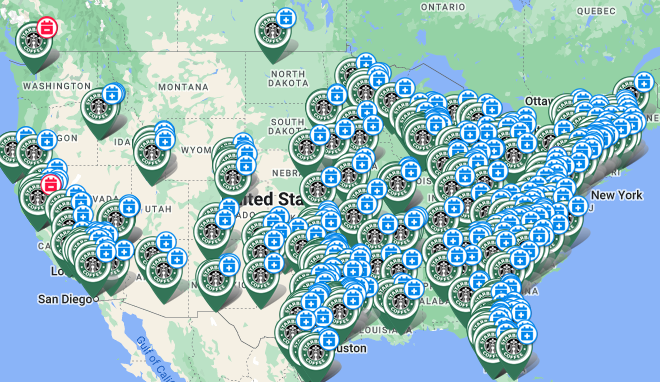 BJ’s Restaurants increased its workforce by 8% in a single quarter, greatly improving the Company’s ability to serve customers and driving comps up 11.7% in 2Q. Notably, comps were up 4.8% over pre-COVID 2Q19 levels, and overall sales in 2Q grew to a record high of $330 million. Margins are being pressured by food inflation, and the Company plans to raise menu prices in August to offset the impact. At the same time, the Company has returned to store expansion in earnest, with three new units in 1H to be followed by another five in 2H. Click here to request a sample list of future store openings.

Chipotle is closing a store in Augusta, ME that had been leading efforts to unionize the chain. Employees at the location filed a petition with the National Labor Relations Board in June, asking to hold a union election at the store. It was the first of Chipotle’s stores to file such a petition, according to NLRB filings.

Denny’s completed its $82.5 million acquisition of Keke’s Breakfast Cafe, which has 52 units across Florida. Keke’s will operate independently from Denny’s and maintain its own leadership, strategies, products, marketing, operations and development initiatives. Click here to request a sample list of future store openings.

H.E. Butt opened a 50,000 square-foot e-commerce fulfillment center in the Central Texas town of Leander. The facility will utilize various forms of automation to pick and execute home delivery and curbside orders throughout the region. It is the Company’s fifth e-commerce fulfillment center since 2018, and H-E-B plans to open additional facilities by the end of next year, including one in Plano that will service the Dallas-Fort Worth market. Click here to request a sample list of future store openings. 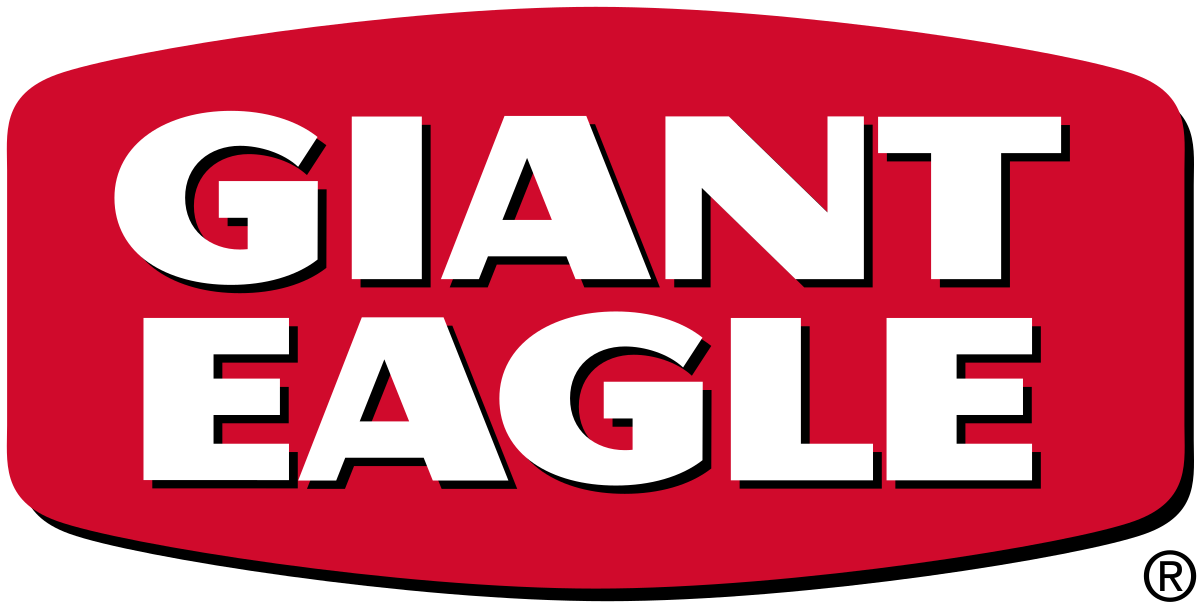 A Giant Eagle store in Shadyside, PA will close its doors for two years as part of a redevelopment plan that will result in a new grocery store and apartment complex. In the meantime, Giant Eagle will offer a mobile market with more than 400 products and food. The pharmacy has been moved to a temporary location in Eastside.