On July 22, Amazon Fresh opened its second store in the Washington, D.C. area; the first opened in Franconia, VA two months ago. It is the Company’s 15th unit overall and the first store in the region to use Just Walk Out technology, which offers customers the convenience of skipping the checkout line. The 7,300 square-foot store offers an assortment of national brands, produce, meat, seafood, and prepared foods. Click here to request a list of future store openings.

Wawa’s estimated sales were up about 7% in 2020, aided by the benefits of 30 more stores in operation. However, top-line growth was offset somewhat by lower average retail gasoline prices ($2.26 in 2020 versus $2.69 in 2019) and fewer average miles driven (translating to fewer gallons sold) due to COVID-related quarantine orders in most states. In response to pandemic-related headwinds, Wawa offered more digital and delivery options, increasing door-to-door delivery services covering most of its market area. Overall, the Company is expected to continue its accelerated store growth pace; as part of plans to open 50 or so stores in 2021, the Company announced last month that it plans to open nine new stores in New Jersey this year alone. The new units will be scattered throughout the state, in Edison, North Brunswick, Brick (2), Robbinsville, Eatontown, Deptford, Pennsauken, and Bridgeton.

Last week, Wawa opened its newest store in Philadelphia, PA, dubbed its “Stadium Store” (located about a mile from the South Philadelphia stadium complex). This location will be the only Wawa in Philadelphia to sell beer. Click here to request a list of future store openings. 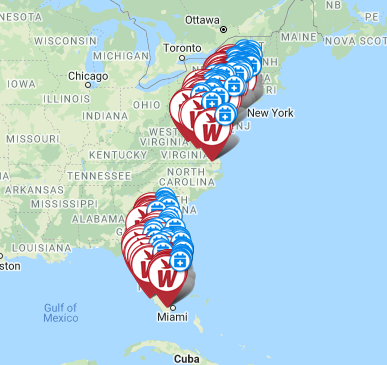 Rue21 plans to open five new stores before the back-to-school season, followed by another 10 new stores by the end of the year. The Company said it experienced double-digit growth last year, enabling it to invest in physical and digital expansion. The three new stores that opened in 2020 outperformed expectations by more than 50%, according to the Company. The first five locations are due to open in Jacksonville and Coral Springs, FL; Memphis, TN; Columbus, GA; and Cypress, TX. Additional stores will open in Pennsylvania, Maryland, Michigan, Wisconsin, Massachusetts (2), New York, Oklahoma (2), and Florida. Click here to request a list of future store openings and closing.

Walgreens Boots Alliance and VillageMD announced plans to open new Village Medical at Walgreens practices in Indiana, including in Merrillville, Griffith, Portage, and South Bend this year. The strategic partnership is on track to meet its overall goal of opening at least 600 Village Medical at Walgreens in more than 30 U.S. markets over the next four years, with the intent to build hundreds more thereafter. The expansion is part of the $1 billion accelerated investment effort announced in January 2021 to deliver healthcare to patients, with Village Medical primary care physicians and Walgreens pharmacy services through a coordinated care delivery model. Click here to request a list of future store openings and closing.

At Home recently opened new stores in Princeton, NJ and Abingdon, MD. The Company plans to open a new location in Temecula, CA by the end of the month. At that time, At Home will have 231 stores across 40 states. At Home expects to open 12 to 15 stores this year. Click here to request a list of future store openings. 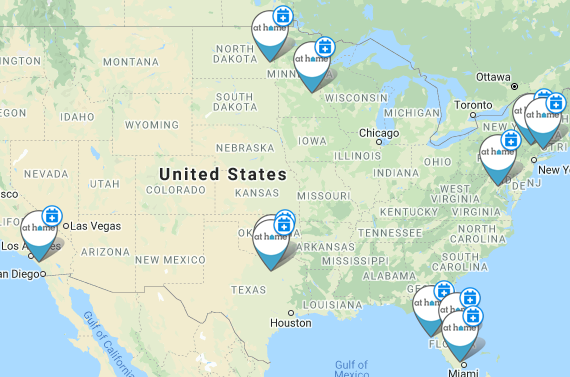 On July 20, Dollar General announced the opening of its Walton, KY distribution center. The facility, which represents a $65 million investment, is expected to support more than 800 stores at full capacity. The Company now has two DCs and about 640 stores in Kentucky. It is also in final construction phases on a 160,000 square-foot DG Fresh facility in Bowling Green, KY. Click here to request a list of future store openings and closings. 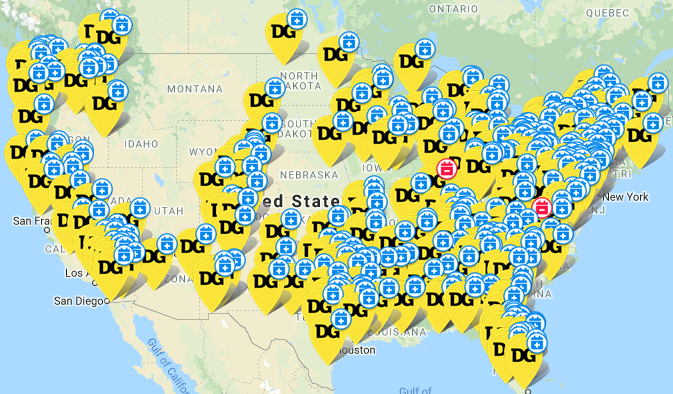 Puttshack, a new entertainment concept that combines mini-golf and food and drink, and whose creators include the co-founders of Topgolf, plans to open a 26,000 square-foot location in Houston, TX in late 2022. The Houston location joins a growing list of future openings for Puttshack, including units in Oak Brook, IL (fall 2021), and Miami, FL; Boston, MA; and Nashville, TN by year end. Additional locations are expected in 2022. Puttshack opened its first U.S. location in April in Atlanta, GA; the Company is based in the U.K., where it operates three locations.

Sherwin-Williams reported 2Q21 sales increased nearly 17% to $5.38 billion, primarily driven by strong demand across its markets, partially offset by the return to more normal DIY demand levels compared to last year’s surge. In the Americas (57.5% of total revenue), sales increased 22.6%, and comps were up 19.3%. Performance Coatings sales (28.9% of total revenue) were up 41.3% to $1.55 billion. However, Consumer Brands sales (13.6% of total revenue) declined 25.4% to $731.5 million due to lower sales to most retail customers and the divestiture of Wattyl in 1Q21. Gross margin declined 320 bps to 44.8% due to “significant, sustained raw material inflation.” Despite the near-term gross margin compression, EBITDA rose 7.4% to $1.05 billion. The Company opened 23 new stores in the Americas during the quarter, ending with 4,808 units in the Americas division and 281 Performance Coatings branches. Click here to request a list of future store openings. 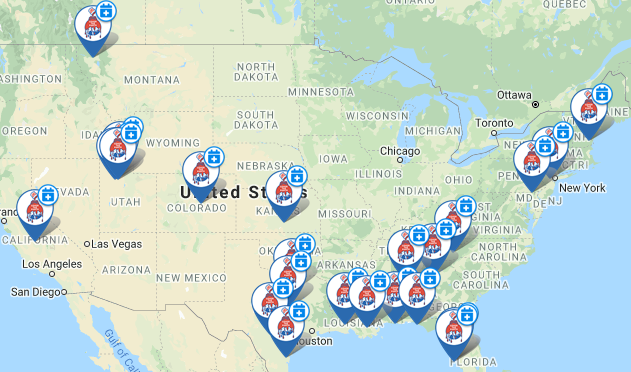 Walmart Mexico’s 2Q21 revenue rose 3.3% to 174.7 billion pesos (US$8.80 billion), driven by store openings after the pandemic slowed brick-and-mortar expansion. It posted net profit of 9.8 billion pesos (US$491.3 million), up from 1.7 billion pesos last year, when a major tax charge in Mexico offset a shopping spike due to coronavirus stay-at-home measures. Expenses rose more than 10%, in part due to higher employee costs, as the Company adapts to reforms of Mexico’s labor and social security laws. Walmex opened 25 new stores from April to June compared to just 12 a year before.

The Vitamin Shoppe signed a multi-unit agreement with Joey and Marcy Zayas to open three franchise stores in East Austin, New Braunfels, and Harlingen, TX. The stores are expected to open within nine months. This is the first time Vitamin Shoppe has partnered with independent operators for franchise locations; the Company’s over 680 stores are Company-operated. This agreement is part of Vitamin Shoppe’s owner Franchise Group’s long-term strategy to expand through new franchise agreements while also re-franchising Company-operated stores under its various banners. Franchise Group also owns Pet Supplies Plus, American Freight, and Buddy’s Home Furnishings.

Mattress Firm’s operational performance and balance sheet have been improving since it emerged from Chapter 11 in November 2018. 1H21 sales were up 18%, despite a 5% reduction in store-base (2,368 stores as of March 2021), on 31% comp growth and a 136% increase in e-commerce revenue (7% of net sales). As a result, the Company recorded EBITDA of $305 million (15% EBITDA margin). During the period, the Company closed on a $550 million Term Loan B, and paid down its $465 million exit Term Loan and $192 million PIK loan. Click here to request a list of future store openings. 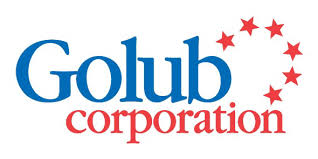 Golub Corporation’s Price Chopper operates 131 stores throughout much of the Northeast, including 80 stores in upstate New York, of which approximately 40% are near its corporate headquarters in the greater Albany area. FY21 sales, estimated at about $4.35 billion, got a significant boost from the pandemic. The Company’s previously announced merger with Tops Markets is slated for completion by the end of this year. Since emerging from bankruptcy in November 2018, Tops has been focused on slowly upgrading its store base of 157 locations (excluding five franchised units). As part of the makeovers, Tops is focusing on the store perimeters. Other changes include increasing square footage and refrigeration devoted to fresh offerings.

U.K. department store retailer Selfridges launched a formal auction to sell its business. Reports say Credit Suisse advisors have sent out an information memorandum to potential investors, valuing the Company at £4 billion. While no formal bid has been made yet, a small number of parties have reportedly expressed interest, including the sovereign wealth funds of Abu Dhabi, Saudi Arabia and Qatar (which owns Harrod’s in the U.K.), and Hong Kong’s Lane Crawford. Founded in 1908 by Harry Gordon Selfridge and purchased by the Weston family in 2003 for £598 million, Selfridges operates 25 stores worldwide.

At the end of June, Conn’s opened a new 42,800 square-foot HomePlus location in Orange City, FL. The Company now operates nine stores in Florida and 154 overall units across 15 states. Click here to request a list of future store openings.

Skechers’ 2Q21 net sales were up 127.3% and 31.7% over 1Q20 and 1Q19, respectively. Direct-to-consumer sales were up 138%, driven by 96% growth domestically and 165% growth internationally. Gross margin expanded 70 bps as a result of reduced promotional activity. Overall, operating income totaled $201 million, compared to a loss of $61 million in the prior-year period. The balance sheet remains robust, as evidenced by approximately $1.2 billion in cash. The Company used about $260 million of its cash war chest, along with operating cash flows, to finally pay off the $452.5 million that had been outstanding under its $500 million unsecured revolver during the quarter. During 1H21, the Company closed 11 locations, and operated 512 domestic stores as of June 2021. Looking forward, management expects full-year sales of $6.15 billion to $6.25 billion. Click here to request a list of future store openings. 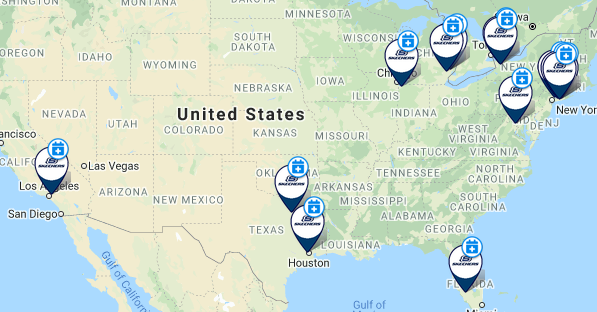 Sleep Number’s 2Q21 net sales were up 70%, with in-store comps up 102%, following a 40% comp decline in the prior-year period due to pandemic-related store closures. Compared to 1Q19, net sales were up 36%. Online and phone sales represented 12% of sales, down from 28% in the prior-year period, due to a higher mix of in-store sales. Gross margin contracted a modest 80 bps due to incremental cost pressures and global supply chain pressures. Overall, management-provided EBITDA was up 88% over 1Q19 (up almost 500% over 1Q20). Additionally, the balance sheet remained healthy heading into 2H21, as evidenced by 1.1x debt to TTM EBITDA and TTM free cash flow of $307 million. Looking forward, management raised 2021 EPS guidance to $7.25, which is at least 58% greater than 2020 EPS. Click here to request a list of future store openings.

QuikTrip recently opened its 900th convenience store, in Corsicana, TX. The Company currently operates in 12 states and expects to expand into Tennessee, Arkansas, Alabama and Colorado next year. Click here to request a list of future store openings.