The ODP Corporation’s board completed its previously announced review of the public and private non-binding proposals received by the Company to acquire its consumer business, including the Office Depot and OfficeMax retail stores business, and its direct channel business, officedepot.com. Following completion of that review, the board unanimously determined it is in the best interests of the Company and its shareholders not to divest the consumer business at this time.

In reaching its conclusion, the board evaluated the expected value to the Company of the proposals, taking into account the proposed structure, economic terms, certainty, expected timing, and potential regulatory requirements. Click here to request more info.

SpartanNash announced it has acquired Shop-N-Save Food Centers (SNS), a three-store grocery chain in northwestern Michigan. Terms were not disclosed. The stores in Benzonia, Fremont and Ludington, MI were converted to SpartanNash’s Family Fare brand, and all employees were retained. Founded in 1973 by William “Bill” DeVries, SNS had been a food distribution customer of SpartanNash for nearly 25 years. With the acquisition, SpartanNash now operates 86 Family Fare stores throughout the Midwest; the Company operates a total 148 supermarkets primarily under the Family Fare, Martin’s Supermarkets and D&W Fresh Markets banners; retail makes up about 28% of its total business.

Grocery Outlet announced its latest East Coast expansion, with the opening of its first store in Maryland, marking its entrance into its eighth state. The Hagerstown store is the Company’s 424th location. During FY21, Grocery Outlet opened 36 new stores and entered the state of New Jersey, ending the year with 415 stores.

According to CEO Eric Lindberg, Grocery Outlet expects to open 28 net new stores in FY22, including approximately 10 stores in the Mid-Atlantic, as it expands its footprint in the East. Click here to request a sample list of future store openings. 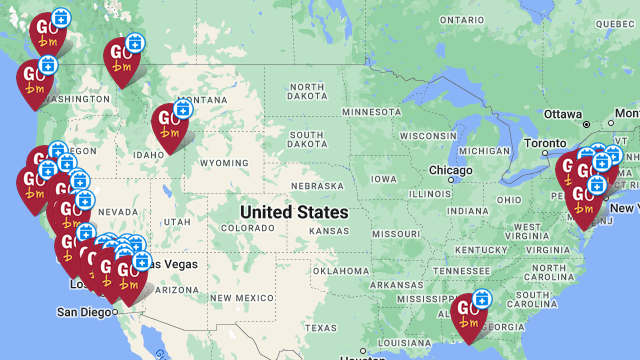 King Kullen will close two locations on Long Island, NY next month, upon expiration of their leases. The Franklin Square store will close July 14, after 48 years in operation, and the Glen Cove store will close July 28, after 20 years. Following the closures, King Kullen will have 27 supermarkets and five Wild By Nature natural food stores, all on Long Island. Amazon is reportedly considering opening an Amazon Fresh store in the 38,000 square-foot Glen Cove space. Amazon already has three Fresh stores under construction in former supermarket spaces on Long Island, in Plainview, East Setauket and Oceanside.

At Home opened its 250th store overall, in Amherst, NY, which is also its first in the Buffalo market and 10th in New York State. At Home stores average about 100,000 square feet and sell up to 45,000 home décor items. See the below Retail Openings & Closings tracker for At Home’s future openings, including a store in Peoria, IL slated to open June 29; an Albuquerque, NM store due July 20; and a Downers Grover, IL store scheduled for August. Click here to request a sample list of future store openings.

In 1Q22, Kroger posted a 4.1% identical (ID) sales increase, excluding fuel; on a two-year stacked basis, ID sales were flat. Total sales advanced 8% to $44.60 billion; excluding fuel, sales growth was limited to 3.8%. Company-provided operating income (from all sources, including fuel) was up 87% to $1.51 billion, with operating margin rising about 140 bps. Management noted that during the quarter it saw tremendous growth in its private label offering, which generated ID sales growth of 6.3%.

Kroger launched 239 new private label products during 1Q and will continue to invest heavily in the quality of these products, which it believes preserves its strong price position and drives higher profitability. With regard to e-commerce, during 1Q22, the Company opened two new Kroger Delivery facilities, built by Ocado, in Dallas, TX and Pleasant Prairie, WI; expanded the Kroger Delivery network by opening three new spoke facilities, which serve as last-mile cross-dock locations, including Columbus, OH and Louisville, KY (existing geographies) as well as Miami, FL (a new geography); and introduced a national e-commerce venture that expands Kroger’s Home and Baby offerings with several thousand new products on Kroger’s Ship Marketplace, in collaboration with Bed Bath & Beyond.

Kroger also announced plans for a new 300,000 square-foot customer fulfillment center (CFC) in Aurora, CO. The new CFC will allow Kroger Delivery to accelerate its service throughout the Denver metro area. Kroger, in partnership with Ocado, currently operates five CFCs across the U.S.

Last week, Fleet Feet announced it was acquiring New England-based running specialty operator Marathon Sports, including 11 Marathon Sports stores in Massachusetts, four soundRUNNER units in Connecticut, and three Runner’s Alleys in New Hampshire, as well as e-commerce websites for all three brands. Marathon Sports will be operated as a separate entity out of its existing headquarters in Waltham, MA, as a wholly owned subsidiary of Fleet Feet. Earlier this year, we reported on Fleet Feet’s acquisition of 56 JackRabbit stores from Antero Brands. The Company currently owns or franchises over 250 stores. Click here to request more info.

Aritzia is opening a new 46,000 square-foot location in Chicago, IL, its fourth in the metro area. The Company is moving into a space on Chicago’s Magnificent Mile previously occupied by Gap, which will become its flagship location in the city. During FY22, Aritzia opened six new stores, closed one underperforming location, and relocated six existing units, ending FY22 with 106 stores. It also broke ground on a new 550,000 square-foot distribution facility in Vaughan, ON, Canada that is due to open in Spring 2023 and will replace an existing 150,000 square-foot facility operated by a third-party logistics provider. For FY23, the Company has opened locations in Las Vegas, NV and Miami, FL as part of eight to 10 planned openings (primarily in the U.S.), as well as four to five expansions or relocations (primarily in Canada). It also plans to open a flagship location on Fifth Avenue in Manhattan. Click here to request a sample list of future store openings.

Last week, QuikTrip opened its first store in Colorado, in Firestone. The Company said in 2020 that it planned to open 50 to 70 locations in the Denver metro area and was actively seeking local contractors to help with the construction of those stores over the subsequent five years. In addition to Colorado, QuikTrip is planning to open locations in other states including Tennessee, Arkansas, Alabama and Oklahoma. The Company is further expanding its reach with the introduction of remote travel centers, the first of which opened in April 2021 in Shreveport, LA. The remote travel center model was designed for highly traveled areas of the country that are also within a reasonable proximity to a QuikTrip distribution center for access to fresh food. Standard convenience stores range from 4,100 square feet to 5,700 square feet, while remote travel centers, on average, are roughly 8,000 square feet. Click here to request a sample list of future openings. 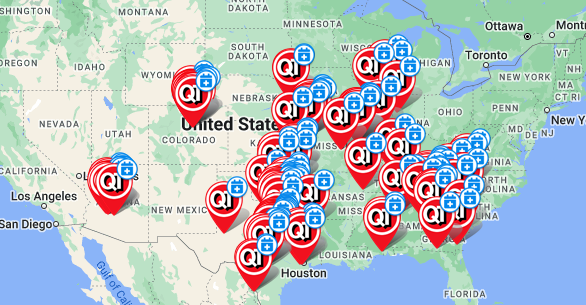 Petco launched a new store concept for small towns and rural communities in Floresville, TX on June 17. In addition to serving customers with traditional pets, the Neighborhood Farm & Pet Supply will serve customers with horses, cows, pigs and other animals, offering feed assortment, mobile vaccination and grooming services, and other services like curbside pickup. The Company will develop these as standalone retail locations conveniently situated in small-town and rural communities. Though Petco believes this segment has an addressable market of around $7 billion, Tractor Supply is currently the segment leader. Click here to request a sample list of future openings.

Burlington Stores opened a new location in Las Cruces, NM, its fifth store in the state. The store previously housed a Fallas and Toys “R” Us, and is adjacent to a Hobby Lobby. In 1Q22 (see our 1Q Report), Burlington opened 33 new stores, including five relocations, and permanently closed two, bringing the Company’s store count to 866.

For the year, Burlington expects to open 120 new stores and relocate or close 30 locations. Looking ahead to FY23 through FY26, the Company plans to open 100 to 120 net new stores annually. Click here to request a sample list of future openings. 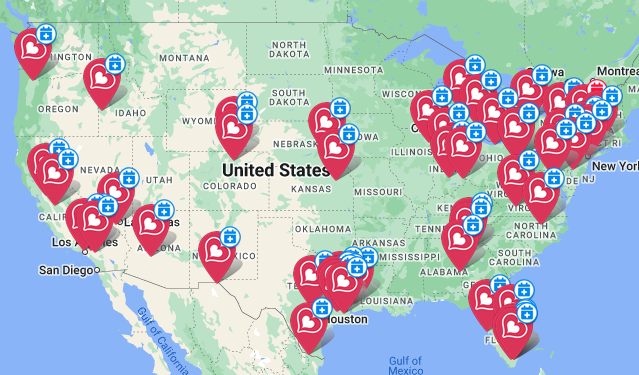 Primark will test a click-and-collect service at 25 stores in Northwest England this year, in its first foray into online shopping. However, products will be limited to 2,000 items in the children’s clothing and accessories category. This represents just 40% of its products. Management indicated that the range of products “has the potential to satisfy unfulfilled demand, driving footfall from both existing and new customers to deliver incremental sales in store.” The Company said it would test out the service for several months, and if it proved successful, Primark may expand the service beyond Northwest England, or to additional product categories. Prior to this announcement, Primark only used its website to preview clothes on sale, and more recently to give shoppers information on stock levels in local stores. Click here to request a sample list of future openings.