On March 11, Neiman Marcus announced it would close the majority of its Last Call stores by 1Q2 (click here for a complimentary list).1. The Company stated that select locations would remain open to serve as a selling channel for residual inventory. Neiman Marcus said the move will eliminate about 500 jobs over the next eight months but added that it will place some of those affected in other roles. The Company is also eliminating approximately 250 non-selling associates across all stores. Management said the move would free up resources for investments in its Neiman Marcus and Bergdorf Goodman stores, as it focuses on serving its core luxury customers. They also said the Company has initiated a process to sell its distribution centers in Longview and Las Colinas, TX. 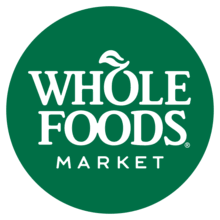 Amazon’s Whole Foods recently opened a 44,500 square-foot store in Nashville, TN. The Company has two other stores in the Greater Nashville area. Click here for a list of future openings and closings.

Due to the recent developments of Covid-19 in Washington State, Sprouts Farmers Market has postponed the opening of its Silverdale and Seattle stores, expected to open March 18 and April 15, respectively. Click here for a list of future openings.

On March 11, Modell’s Sporting Goods, Inc. filed a voluntary Chapter 11 petition in the U.S. Bankruptcy Court in the District of New Jersey. The proceedings have been designated as case number 20-14179. The filing followed reports that Modell’s and a potential acquisition partner reached an impasse in negotiations and it became clear that a going concern sale was no longer viable. As a result, an orderly liquidation of assets was considered the best available option to maximize value for shareholders. No details were provided on the possible acquisition partner; however, there had been previous speculation surrounding JackRabbit, a Denver-based sportswear retailer, and also U.K.-based SportsDirect. As of the petition date, there were $220.0 million in assets and $288.0 million in liabilities. This relationship should not be construed as a basis for estimating an expected recovery percentage because most of the assets are inventory, which will be sold at greatly reduced prices during the liquidation sales. The Debtor operates 134 stores (none owned), and Henry Modell & Company, a non-debtor affiliated entity, operates six stores under a license agreement. Tiger Capital Group, LLC began store-closing sales on March 13.

On March 16, the Court entered the following interim orders: (1) approving the commencement of store-closing sales, and (2) authorizing the use of cash collateral.

A hearing to consider final approval is scheduled for April 6. Additionally, A&G Real Estate Partners has begun marketing 137 store leases (click here to request the list). An auction date and deadline for bids will be announced at a later time. The available stores average 17,500 square feet and range in size from 6,800 to 32,700 square feet. Click here to request a list of closures.

Sportsman’s Warehouse entered into agreements with Dick’s Sporting Goods to acquire two Field & Stream locations for $5.0 million. The stores, located in Crescent Springs, KY and Kalamazoo, MI will be rebranded. Sportsman’s will fund the purchase through borrowings under its revolver. It will sublease the two locations from Dick’s. The transaction is expected to close later this month. Sportsman’s acquired eight Field & Stream stores in October, all of which were rebranded. Sportsman’s currently operates 104 stores in 27 states. It plans to open five new stores this year, including the two Field & Stream locations. Click here to request a list of future openings and closings.

Yesterday, Costco Wholesale announced that it had acquired Innovel Solutions, a "last mile" delivery and installation provider from Transform Holdco, LLC (new Sears). The purchase price was $1.00 billion, which the Company funded from cash on hand. The acquisition will give Costco additional delivery capabilities, as delivery and pick-up will play an increasing role as the population practices its "social distancing." Click here to request a list of future openings and closings. 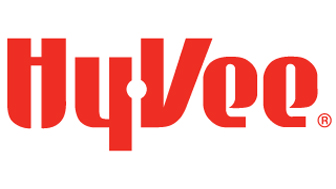 Hy-Vee recently announced plans to close all four of its Aisles Online fulfillment centers by the end of March. Operations will be transferred to Hy-Vee’s retail stores later this month. Aisles Online was launched in 2015. About a year ago, Hy-Vee dropped plans for a traditional distribution center in Austin, MN to focus on online ordering. Hy-Vee also partners with Instacart and Shipt for grocery delivery.

Fareway Stores recently entered its sixth state with the opening of a Fareway Meat Market and McGonigle’s Kitchen + Catering BBQ in Kansas City, MO. Fareway, which announced it had purchased the assets of McGonigle’s in February, currently operates 123 stores.

On March 11, Ulta amended its secured revolving credit facility to extend the maturity date to March 11, 2025 and increase the balance from $400.0 million to $1.00 billion. It contains a $50.0 million sub-facility for letters of credit, and the Company can increase the borrowing base by an additional $100.0 million. The interest rate is LIBOR plus 1.125% to 1.25%, and Wells Fargo is the Agent Bank. As of February 1, there were no borrowings on the revolver, resulting in full availability. Click here to request a list of future openings.

United Natural Foods’2Q sales decreased 0.2%, due to an overall sales decline of 2.4% across all channels except for Supernatural (Whole Foods), which grew 10%. EBITDA (excluding discontinued operations) decreased 3.5% to $104.6 million, primarily due to bad debt expense associated with customer bankruptcies in the quarter. Discontinued operations (retail) contributed another $33.1 million to adjusted EBITDA.

Management also provided an update on the impact of coronavirus: “Our growth related to COVID-19 has been significant. UNFI’s last 2 weeks of sales has resembled our prior year Thanksgiving holiday week, with the difference being we, our suppliers and our customers, did not have the lead time required to adequately prepare. While we are still understanding the long-term impact of this demand, it is difficult to forecast the impact through the remainder of the year.”

Express’ 4Q sales decreased 3.5% to $606.7 million. Retail sales decreased 7.2% to $444.6 million, and comps declined 5%. Outlet sales were up 11.1% to $143.8 million, and outlet comps increased 2%. Merchandise margin decreased 60 basis points, driven by increased promotional activity, and gross margin fell 60 basis points to 27%. SG&A margin improved 110 basis points to 24.5%. The Company recorded an operating loss of $189.9 million, compared to a profit of $12.6 million last year. Express closed 30 retail stores and one outlet store during the quarter, ending with 381 retail stores and 214 outlet locations. For FY20, the Company plans to open one retail unit and one outlet store, and close 26 retail locations and nine outlet stores. Click here for a sample list of openings and closings.

Gap’s 4Q sales increased 1.1% to $4.67 billion, and comps fell 1%. By banner, comps fell 5% at Gap but were flat at Old Navy and Banana Republic, and up 2% at Athleta. The Gap banner remains pressured by weak traffic, but turnaround efforts at Old Navy and growth at Athleta led sales expansion. Gross margin improved 70 basis points to 36.3%. However, EBITDA fell 20% to $440.0 million, and EBITDA margin was down 250 basis points to 9.4%. Looking ahead to 1Q20, the Company indicated that coronavirus will have an estimated $100.0 million impact on sales, but that will likely increase as the virus spreads across North America. FY20 comps are projected to be down in the low-single digits, and EPS is expected to be $1.23 – $1.35. The Company plans to spend $600.0 million in capital expenditures, including $50.0 million of costs related to the build-out of its Ohio distribution center. Gap will close 90 Company-operated stores, net of openings and remodels, including 170 Gap brand store closures globally (most of which will be closed in 4Q). The Company will continue to open Old Navy and Athleta stores. Click here for a sample list of openings and closings.

The Company commented that it does not anticipate that supply chain disruptions experienced to date as a result of the coronavirus outbreak are likely to have a material impact on its fiscal 2020 financial results. However, management noted the Company can make no guarantee that this outbreak will not have a more significant impact on its business.

Dollar General has continued to make progress with implementing its “DG Fresh” initiative, a self-distribution model for dairy, deli and frozen products aimed at growing sales, reducing product costs, improving in-stock positions, and enhancing item assortment (frozen and refrigerated goods make up approximately 8% of Dollar General’s sales). During an analyst conference call, CEO Todd Vasos said that the Company is currently self-distributing to more than 6,000 stores from five DG Fresh facilities, with a goal of servicing more than 12,000 stores from up to 10 facilities by the end of 2020.

Stein Mart’s 4Q sales fell 1.2% to $340.3 million, due to the closure of four net stores since 4Q18, which outpaced a slight 0.1% increase in comps. Omni sales (all online sales regardless of the fulfillment channel) rose 7%. The lower sales and gross margin contraction due to higher markdowns pushed quarterly EBITDA down 17.6%. Fiscal 2019 EBITDA fell 29.1% to just $28.0 million. EBITDA margin dropped 80 basis points to just 2.3%; the top three off-price retailers all have EBITDA margins well above 10%. TTM interest coverage was 3.1x and remained just above our warning level of 3x. The Company operated 283 stores at the end of the quarter. Subsequent to quarter-end, the Company closed two additional locations.

As announced on January 31, Stein Mart has entered into a definitive merger agreement under which an affiliate of Kingswood Capital Management will acquire all of the outstanding common stock of Stein Mart not already beneficially owned by affiliates of Jay Stein, Stein Mart’s former CEO and current chairman, and related investors for $0.90 per share in cash. As part of the merger, an entity managed by Jay Stein will contribute its equity and, following the closing, will indirectly own one-third of Stein Mart. The merger, anticipated for completion in the first half of calendar 2020, is subject to approval by Stein Mart’s shareholders and the satisfaction of other customary closing conditions. In light of the pending merger, management did not comment on results, and the Company did not host an investor conference call to discuss its financial results.

The Michaels Companies’ 4Q sales decreased 3.7% to $1.72 billion, due to a 2.4% comp decline, the closure of its Pat Catan’s stores in 4Q18, and a decrease in wholesale revenue. Adjusted EBITDA fell 15.2% to $317.7 million. The Company opened 16 new stores last year, ending with 1,274 stores in operation. In light of the ongoing pandemic, the Company is not providing FY20 guidance. The Company is not currently anticipating material supply chain disruptions during 1Q20. See our Snapshot Report for more details. Click here to request a list of openings and closings.

Build-A-Bear Workshop’s 4Q sales increased 3% to $104.6 million, including a 2.1% increase in retail sales (95.6% of total sales) and a 46.2% increase in commercial revenue (3.5% of total sales). By geography, sales increased 3.6% in North America (84.2% of total sales) and declined 2.1% in Europe (15.2% of total sales). Gross margin expanded 450 basis points to 50.4%, including 310 basis points related to the leverage of fixed occupancy and 140 basis points driven by expansion in merchandise margin. The Company reported earnings before income taxes (EBIT) of $7.6 million, compared to a loss of $6.6 million in the prior-year period. As of February 1, the Company operated 372 corporate-managed locations, including 316 in North America and 56 outside of North America. Over 70% of the corporate-managed locations have lease expirations in the next three years.

The Children’s Place reported 4Q sales decreased 3.3% to $513.0 million, and comps were down 3.6%. Gross margin was up 100 basis points to 32.5%, primarily due to increased merchandise margins, partially offset by higher fixed expenses. SG&A margin improved 220 basis points to 22% due to lower incentive compensation. Operating income jumped 116.5% to $29.5 million. The Company opened two new stores and closed 33 underperforming locations during the quarter, ending with 924 stores, a decrease of 4% from the prior year.

Due to the ongoing pandemic, the Company has deferred providing FY20 guidance and cancelled its conference call.