World Market, a national specialty retailer of global home products, is conducting a domestic market assessment to determine additional store locations, Chief Commercial Officer Eric Hunter said in an interview with our analysts. The Company has tasked its internal real estate team, including VP of Real Estate & Construction Brian Crossen, to conduct the geographical review. There is no timetable to conclude the market assessment, Hunter said, adding that this will be an evolution to identify attractive markets and that it will present opportunities to work with third parties. Kingswood Capital Management acquired World Market, formerly known as Cost Plus World Market, in January 2021 for $110 million. The private equity firm has a reputation for investing in businesses in transition by growing store base as a strategic growth initiative. World Market currently has 242 locations in 39 states with a concentration of stores in California and Texas. The Company declined to divulge the number of stores it would open per year; however, reliable sources said to expect up to 10 additional stores annually for the next five years, and Kingswood Capital will likely provide funding for the effort. Kingswood Capital did not respond to requests for comments. Click here to request more info. 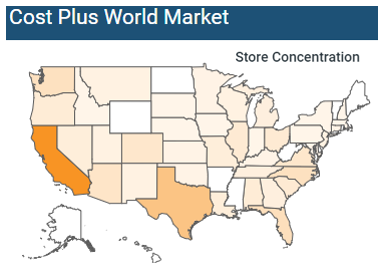 CVS reported solid 1Q22 growth, with revenue and adjusted operating profit up 11.2% and 6.6%, respectively. Retail comps grew 10.7%, including respective gains of 10.1% and 13.2% in pharmacy and front-end comps. Management indicated that COVID continued to have a positive impact on retail performance, contributing about $200 million to operating income.

The Company provided few new details regarding its retail strategy based on three models: advanced primary care clinics, enhanced HealthHub locations, and traditional CVS pharmacy stores. As of last week, the Company closed approximately 100 stores out of the 300 planned for this year and the 900 planned by the end of 2024. Management also reiterated it is considering M&A to support its future growth, including expanding its primary care, home health, and technology capabilities. Click here to request a sample list of recent and future closings and openings.

Big 5’s lack of pricing power negatively impacted its 1Q22 operations, as business activity fell compared to 1Q21. Sales and comps were both down 11% relative to 1Q21 but were flat compared to pre-pandemic 1Q19. The Company is maintaining a conservative posture relative to its store base; it opened one new store during the year, ending the period with 431 units. During FY22, the Company expects to open four stores and close two units.

Tops Markets announced in 2019 it would spend $120 million over the subsequent four years to update 32 of its stores, most of them in western New York. Since then, 22 renovations have been completed, with two more in Buffalo slated to be done this year. Tops emerged from bankruptcy in November 2018, reducing its debt by approximately $445 million, and is now on more solid financial footing following its merger with Golub Corp., owner of Price Chopper/Market 32, completed in November 2021. The store-level upgrades include reconfiguring space to focus on fresh foods, including produce, deli, prepared foods and bakery items; emphasizing freezer space for frozen foods; improving the look; updating technology, including implementing the shop and scan phone app for customers to pay as they shop and bypass registers, and adding 260 self-scan registers; and reducing electricity costs by using solar farms to provide renewable energy to many of its stores.

Operations in ODP’s retail unit continued to deteriorate, as it evaluates two offers to be acquired; one from Staples’ retail unit and another from an unnamed third party. A transaction with Staples would enable both units to close stores in overlapping areas to reduce costs. If neither offer is selected, the Company may engage in an internal restructuring. Management plans to issue an update on the situation during the current quarter. Consolidated 1Q22 sales were $2.20 billion, virtually flat compared to 1Q21, reflecting the closure of 114 stores during the year and flat comps. Sales were down 21% versus pre-pandemic 1Q19. Sales and operating income in the B2B unit increased 9% and 94%, respectively, compared to the same period last year, while sales and operating income in the retail unit were down 9% and 11% compared to the prior-year period, primarily due to the store closings. Click here to request more info.

There is speculation that Amazon Fresh could open its first grocery store in South Florida somewhere in Plantation. Click here to request a sample list of future openings.

Starbucks will accelerate its new store growth, outfitting 90% of new stores with drive-thrus that will incorporate new designs and technology, including more handheld devices and equipment aimed at increasing efficiency, speed and profitability. The Company is investing $1 billion in its employees and technology this fiscal year to meet ongoing consumer demand across drive-thru, mobile order and pay, which makes up 70% of store volume, as well as delivery and in-store orders. Click here to request a sample list of future openings. 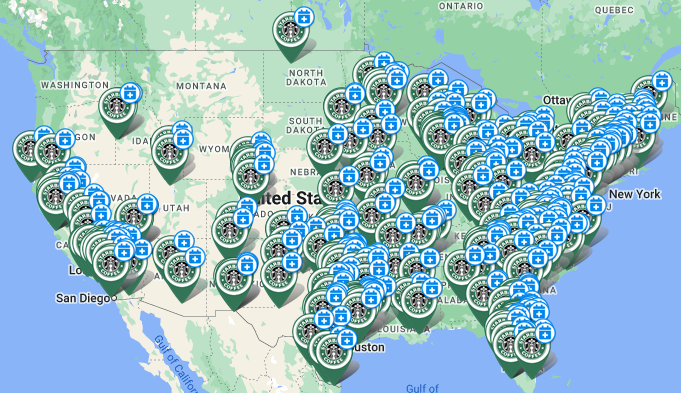 SpartanNash has reached an agreement to acquire Shop-N-Save Food Centers, a three-store grocery chain in northwestern Michigan. Financial terms were not disclosed. The Benzonia, Fremont and Ludington stores will be converted to SpartanNash’s Family Fare brand.

Sally Beauty’s 2Q22 sales fell 1.6%, with comps up 0.2%, as the Company closed 142 stores over the last 12 months. By segment, Sally Beauty Supply (SBS) sales fell 3.1%, and Beauty Systems Group (BSG) sales grew 0.5%. During the quarter, the Company experienced increased costs associated with labor and the reopening of international territories, which drove SG&A margin up 240 bps to 41.5%. During 2Q22, the Company closed 30 SBS locations and one BSG location, ending the quarter with 4,862 locations (3,499 SBS and 1,363 BSG).

Increased sales of used vehicles and store openings drove the 7% increase in Camping World’s 1Q22 sales to a record $1.66 billion. This jump reflected 14 new stores (all of which were RV dealerships) and a comp improvement of 1.7%, as average selling prices increased, offsetting a net unit sales decrease during the period. The net increase in comps was largely due to a 30% increase in used vehicle revenue. Management said it plans to open at least 14 new stores in FY22. Click here to request a sample list of future openings.

Planet Fitness' business accelerated in 1Q22. Revenue increased 66.9% over the prior year period, driven by a 15.9% increase in system-wide same store sales as consumers returned to the gym. Franchise segment revenue was up 25%, corporate-owned club revenue was up 101%, and equipment segment revenue was up 206% over the prior year period. Overall, Company provided EBITDA totaled $77.3 million, up 77% year to year. Membership also continued to climb; the Company added about 1 million new members in the period, compared to adding 1.7 million new members during the prior FY, and had 16.2 million members as of March 31, 2022. During the period, the Company opened 37 new clubs, bringing the total count to 2,291. As of March 31, 2022, the Company had ample liquidity of $471.2 million. Click here to request a sample list of future openings. 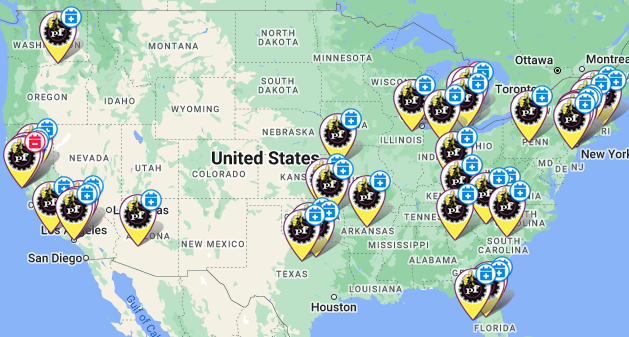 Yum! opened 628 net new locations during the quarter, most of which were KFC restaurants, while digital orders accounted for more than 40% of transactions and $6 billion in system-wide sales.

Due to its exclusion of Russian profits, Yum said it would fall short of its long-term target to generate high single-digit growth for its core operating profits. Instead, for 2022, it’s now anticipating growth in the mid-single digits.

Gourmet Garage has expanded its footprint in New York City with the opening of a new bi-level store in the West Village. Owned and operated by Village Super Market, a member of the Wakefern cooperative, Gourmet Garage now has four specialty markets averaging 11,000 square feet (5,800 selling square feet) in Manhattan. 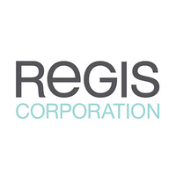 Regis Corporation reported 3Q22 consolidated revenue decreased 35% to $65 million, driven primarily by the exit of Company-owned salons that generated significant revenue but were generating losses. The sales decline was partially offset by an increase in royalty revenue (up 23% to $15.8 million) due to higher franchise salon sales (franchise comps were up 8.8%) and an increase in franchise salon count (the Company added 187 franchise salons in the last year). Franchise salons now make up 98% of total salons, up from 86.6% last year. System-wide sales (Company-owned and franchised) rose 7.8% to $291 million, up 7.8% from last year, and system-wide comps rose 8.6%.

Winn-Dixie recently reopened its remodeled Opelika, AL store. The revamped store includes a wider variety of fresh fruits and vegetables, a new deli with expanded offerings, among other updates. 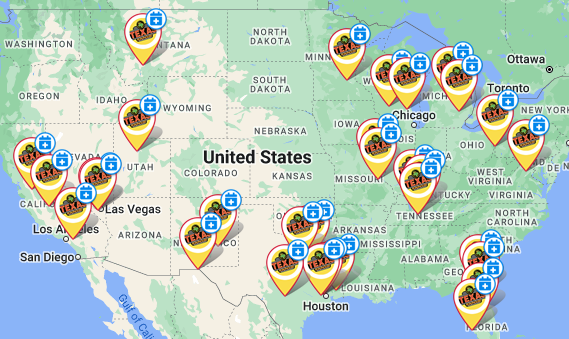 Cinemark’s total revenues for 1Q22 increased 303% to $460.5 million, compared with $114.4 million in 1Q21, when some of the Company’s theaters were closed, and new film content was limited. While overall trends are improving, 1Q22 saw attendance and available film content impacted by Omicron; 1Q22 revenues were down 27% from 4Q21 levels; theater admissions were down 33% in the U.S. and 24% internationally. U.S. revenues were 81% of total revenues. The Company has commitments to open three new theaters and 42 screens during the remainder of FY22, and nine new theaters and 70 screens subsequent to FY22. 1Q22 capital spending was $18.7 million ($14 million U.S.), up slightly from $17.7 million in 1Q21. Management previously stated it expects FY22 capital spending to total about $125 million.

This Special Analysis includes a breakdown of M&A activity across all retail sectors over the past year. Click here to request this report.