Olympia Sports Acquisitions, DIP and a number of related Debtor entities including Legacy Shoes (fka Shoebuy.com) filed a voluntary Chapter 11 petition in the U.S. Bankruptcy Court for the District of Delaware. Olympia is the only Debtor with current operations, but Olympia and the remaining Debtors are interrelated and share certain liabilities. As of April 2022, the Debtors had 63 remaining brick-and-mortar stores. Closings occurred at 22 stores during April and May 2022, and after further closures throughout the summer, the Debtors had 35 stores as of the petition date. The Debtors filed a motion seeking authorization to continue conducting store-closing sales through September 30. 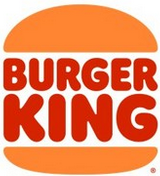 Burger King recently announced it is planning to invest more than $400 million over two years in advertising, restaurant enhancements and remodels, as well as to support tech and digital improvements. Restaurant Brands International, owner of the chain, said the plan is called “Reclaim the Flame” and is aimed at accelerating sales growth and driving franchisee profitability. It was built in collaboration with leaders from across the country and endorsed by more than 93% of restaurants in the U.S. The investment is intended to modernize the Burger King restaurant portfolio and improve the customer experience, attracting more traffic to the brand. The Company noted that, as the cost of food at home continues to face pressures from inflation, it will continue to provide “a strong everyday value offering in its menu.” To “Fuel the Flame,” $150 million will go toward advertising and digital investments, and $250 million is allocated for a “Royal Reset,” involving restaurant technology, kitchen equipment, building enhancements and high-quality remodels and relocations. Through 2024, Burger King will invest $30 million in excess of the digital fees collected from franchisees to support the Burger King app. For the “Royal Reset,” $50 million as well as a comparable co-investment from franchisees, will go toward a restaurant refresh program for approximately 3,000 locations. In addition, $200 million will go to remodeling approximately 800 restaurants. Click here to request a sample list of future store openings. 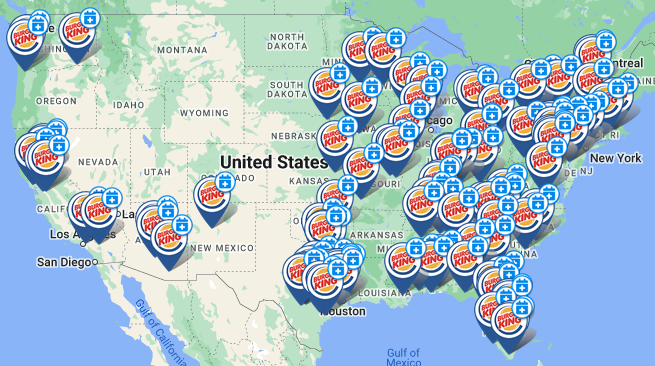 Amazon Fresh recently opened two new stores on the East Coast in Broomall, PA and Chevy Chase, MD. The Broomall store stands at 40,000 square feet, while the Chevy Chase store is slightly larger, at 46,000 square feet. With the opening of these stores, there are now 43 Amazon Fresh locations nationwide. The banner continues to expand rapidly, with more than 60 new stores in the works. Click here to request a sample list of future Amazon Fresh store openings.

In 2Q22, Kroger posted a 5.8% ID sales increase, excluding fuel. Total sales advanced 9.3% to $34.64 billion; excluding fuel, sales growth was 5.2%. Kroger’s private label ID sales were up 10.2%, as consumers look to stretch budgets impacted by inflation, while digital sales grew an impressive 8%, as expansion of Kroger Delivery marches forward. Company-provided operating income (from all sources, including fuel) was up more than 24% to $1.10 billion, with operating margin rising about 30 bps. With regard to e-commerce, the Company announced a new Kroger Delivery Customer Fulfillment Center (CFC) in the Denver, CO metro area, one of the fastest-growing areas in the country; and opened a new CFC in Romulus, MI, supporting customers in several geographies, including Michigan, Northern Ohio, and Indiana. It also expanded the Kroger Delivery network by opening seven new spoke facilities, which serve as last-mile cross-dock locations, including Louisville, KY; Nashville, TN; and Chicago, IL in existing geographies, as well as Austin, TX; Birmingham, AL; Oklahoma City, OK; and San Antonio, TX in new geographies. Delivery sales improved by 34% over last year, driven by Kroger Boost and CFCs. Click here to request a sample list of store openings and closings.

Academy Sports + Outdoors’ 2Q22 results were respectable in a tough environment. Sales fell 6% to $1.69 billion, reflecting a comp decline of 6%, partially offset by the opening of two stores during the year. Lower sales reflected fewer transactions, partially offset by higher average ticket. Sales were up 36.3% compared to 2Q19. Gross margin fell to 35.3% from 35.9%, reflecting an increase in e-commerce shipping and higher freight costs, partially offset by higher merchandise margin. During 2Q22, Academy opened one new store, bringing the total as of July 30 to 261 units. The Company expects to open a total of nine new stores in FY22 and 80 to 100 stores over the next five years. Click here to request a sample list of future store openings.

Costco is looking to open a new store in Roseville, CA, according to recent plans filed with the city. The proposal is for a 160,530 square-foot warehouse store, along with a fueling station and car wash. The proposal is the latest addition to a growing list of possible new Costco sites planned throughout the Sacramento area, which include rumored sites in Loomis, Natomas and El Dorado Hills. Click here to request a sample list of future store openings.

Similar to the U.S., Canadian shoppers are looking to stretch their budgets and have turned to the dollar stores for help. For its 2Q23 period, Dollarama’s sales increased 18%, while comps were up 13%. A 20% increase in transactions along with higher consumable sales were key drivers for the comp increase. The Company affirmed its guidance for opening 60 – 70 new stores, gross margin of 43% – 44%, and capex of C$160 million – C$170 million.

French luxury department store operator Printemps announced plans to open its first U.S. store in New York City in spring 2024. The 54,365 square-foot unit will occupy two levels inside the 50-story landmark building at One Wall Street in the Financial District. The location will reportedly “pioneer” a new format of experiential retail and offer a “local approach” focused on omnichannel. To lead the U.S. expansion, the Company has appointed Laura Lendrum as CEO of Printemps America, Inc. Lendrum previously served as president for Saint Laurent, Gucci and Ralph Lauren for the North American market. Founded in 1865, the Printemps Group has 20 namesake and 9 Citadium department stores in France. The Group also operates fashion and beauty e-store Place des Tendances, acquired in 2013, and designer furniture, lighting, and decoration e-store Made in Design, acquired in 2019.

Cineworld (including Regal, Edwards, and United Artists Theaters) stumbled into bankruptcy with less than $4 million in cash on hand. The goal of the proceedings is to reduce the heavy debt load after two years of limited operations due to concerns over COVID-19. A motion was filed to reject 20 leases initially, which will save the estates $12 million. A&G Realty has confirmed it is handling the real estate.

The Debtors believe the lease rejections are necessary due to the impact of deferred rent payments, as average monthly rent obligations per theater increased almost 30% during the YTD period as of July 2022, compared to full-year 2019. The Debtors currently anticipate emerging from Chapter 11 in 1Q23. Click here to request more info.

Walmart has submitted a plan to the Halfmoon, NY town planning department for a 36,500 square-foot addition to its 206,000 square-foot existing Market Fulfillment Center (MFC). The expansion will be used for “a compact, modular warehouse built within, or added to, a store.” In addition to fresh and frozen items, MFCs can store thousands of the items, from consumables to electronics. The concept, which was first piloted in Salem, NH in late 2019, relies on “automated bots” to retrieve certain items from within the fulfillment center rather than having store employees walk the aisles pulling merchandise from shelves.

Walmart, in its continuing efforts to diversify its revenue streams and enter the healthcare market, announced it is partnering with UnitedHealth Group (UNH) to provide affordable healthcare services. The ten-year collaboration will bring together the collective expertise of both companies and will start in 2023 with 15 Walmart Health locations in Florida and Georgia.

Optum, a UnitedHealth Group business, will provide Walmart Health clinicians with analytics and decision support tools to deliver comprehensive value-based care for seniors and Medicare beneficiaries. Walmart currently operates 28 health care locations across four states (AR, FL, GA, IL). Beginning in 2023, the collaboration will offer a co-branded Medicare Advantage Plan in Georgia along with Walmart Virtual Care for in-network members of UnitedHealthcare’s Choice PPO plan. In addition to Medicare, the long-term plan is to expand services to include Medicaid and commercial plans including over-the-counter benefits and dental, vision and pharmacy services.

H.E. Butt will open a 111,000 square-foot store in Frisco, TX on September 21. The store will offer a full-service pharmacy and a True Texas Barbecue, both with a drive-thru. The Company continues to expand in North Texas and other areas of the state. Another 111,000 square-foot store is expected to open in Plano shortly. Click here to request a sample list of future store openings.

Food Bazaar opened its first Manhattan location in East Harlem. The 45,000 square-foot store occupies the second floor of a new development. The Company has more than 25 stores across Queens, Brooklyn, the Bronx, as well as the tri-state area. 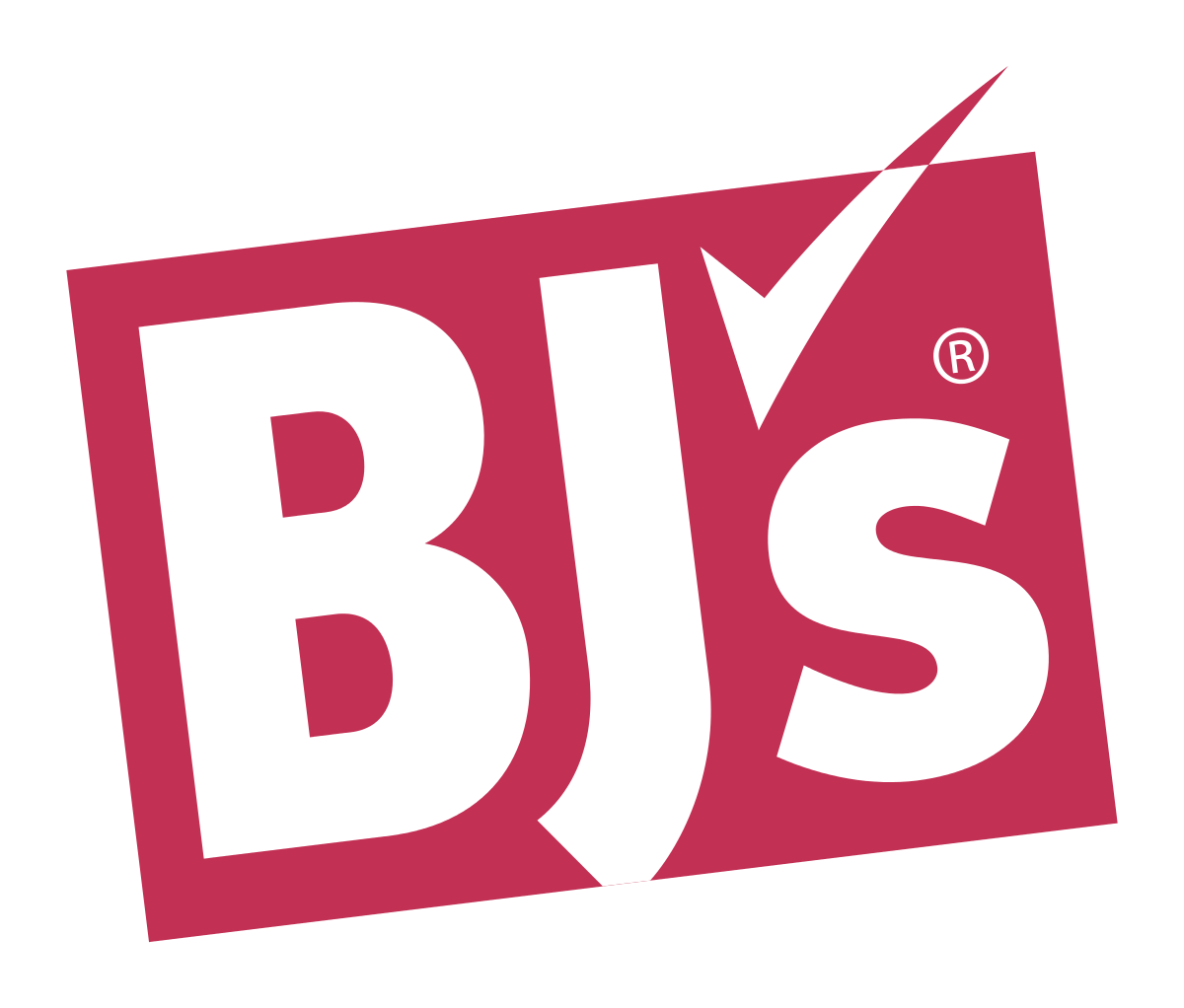 On September 9, BJ’s Wholesale Club opened a new store in Canton, MI. The Company now has five locations in Michigan and 230 U.S. clubs. The new store is its fourth opening in calendar 2022. Click here to request a sample list of future store openings.

Smart and Final is planning to open a 40,000 square-foot warehouse store in San Jose, CA, in a former space occupied by one of Save Mart’s Lucky stores. The store will co-anchor a shopping center with a Walgreens location.

Grocery Outlet recently opened a new store in East Riverside, CA. The Company now has about 250 stores in California and 425 in total. Click here to request a sample list of future openings. 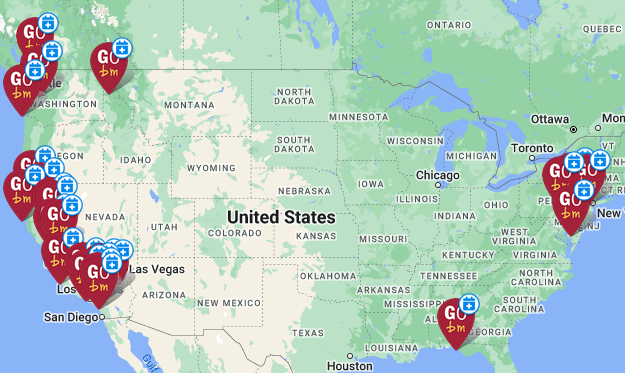